Pink Nailed Her Super Bowl Performance of the National Anthem, Even With the Flu 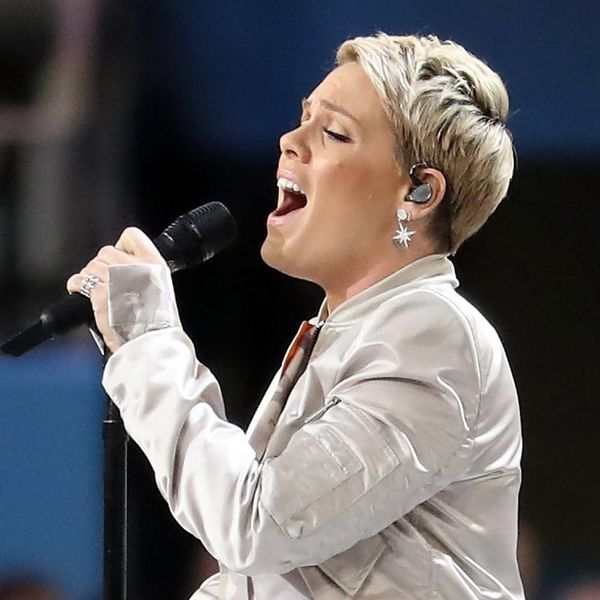 SLAY, girl. Pink’s rendition of “The Star-Spangled Banner” at Super Bowl LII on Sunday would have been impressive under any circumstances — but it’s even more so since she did it while battling the flu.

The “What About Us” singer absolutely nailed her performance of the national anthem before the big game, despite needing a throat lozenge just seconds before her moment in the spotlight. With players from the New England Patriots and Philadelphia Eagles looking on from the sidelines, she filled Minneapolis’ US Bank Stadium with her powerful voice, eliciting cheers and applause from the thousands of spectators in the crowd.

One day prior to the game, the Grammy nominee took to Instagram to explain her plight. “Trying to practice the flu away. I’ve been waiting to sing this song since 1991 when I saw my idol, Whitney Houston, own this song. And now, my chance has finally come,” she wrote. “And it just so happens that this chance comes when I have two small Petri dish kids who literally cough INTO MY MOUTH and rub their snot on my cheek. You can’t write this stuff I swear! And here we are. I’ve arrived at another one of my dreams which is slowly becoming a sort of nightmare.”

She continued: “I will tell you, this is one of the biggest honors of my life, singing this song in front of my family, my military family, my dad and brother and step mama and family and the world. And the EAGLES!?!?! I promise I will do my best, as I always do. As far as the gremlins that got me into this mess, you can cough at me for the rest of your lives. If it’s a contest, babies, you win. #spreadthelove #spreadthegerms#pleasegivememyvoiceback#ificansingimgonnakillit”

What did you think of Pink’s performance? Tell us @BritandCo.