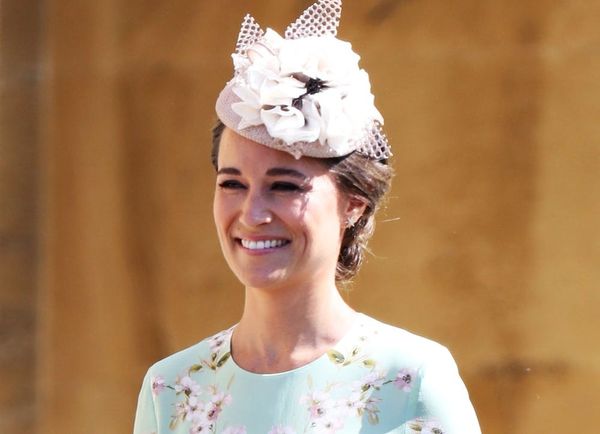 Duchess Kate Middleton’s younger sister, Pippa Middleton, welcomed her first child with husband James Matthews on October 15, 2018. Since then, the new mom has stayed relatively quiet about her experience with motherhood. But she just opened up about little Arthur in an interview for the first time, and it sounds like things are going, well, swimmingly.

“Starting my son Arthur swimming at four months old has given him confidence and enjoyment in water,” she wrote in the UK’s Waitrose Kitchen magazine, according to People. “He’s now six months old, and swimming is one of our favorite activities.”

Spending time in the water is fun, of course, but it has a few other benefits, too. “The exercise helps guarantee sound daytime sleeps, and the movement has improved his digestion,” she explained. “Water activity is a great form of exercise you can do with your baby.”

Pippa also used swimming to help her stay fit while she was pregnant. “From personal experience, I’d confidently say I find it has been the most enjoyable and rewarding form of exercise since I found out I was expecting,” she shared in August 2018, also in Waitrose Kitchen. “It’s comforting to know that it’s safe throughout pregnancy, and you don’t need to adapt and change too much (unlike most other sports).”

She added that it’s “one of the most therapeutic ways to work out, particularly when you become less mobile,” and that it offers a comforting feeling of weightlessness.

Unlike Duchess Kate, Pippa did not suffer from hyperemesis gravidarum while pregnant. “I was lucky to pass the 12-week scan without suffering from morning sickness,” she wrote in Waitrose in June 2018. “That meant I was able to carry on as normal.”

RELATED: 21 Baby Photos of the British Royal Family Through the Years

Desiree O
Desirée O is a ‘Professional Bohemian’ who loves anything and everything related to the arts, entertainment, and pop culture. She ADORES being a ‘Newsy’ for Brit + Co, covering all of the latest tidbits of awesomeness that you want to read about. When she’s not writing, she’s either making messy art, going on long adventurous walks with her camera, or poking around over at bohemianizm (http://www.bohemianizm.com/). You can find out about Desirée O and her work at http://DesireeO.com/ or follow her on Twitter @DesireeO.
Celebrity Baby
Celebrity News
Celebrity Baby Royal Family