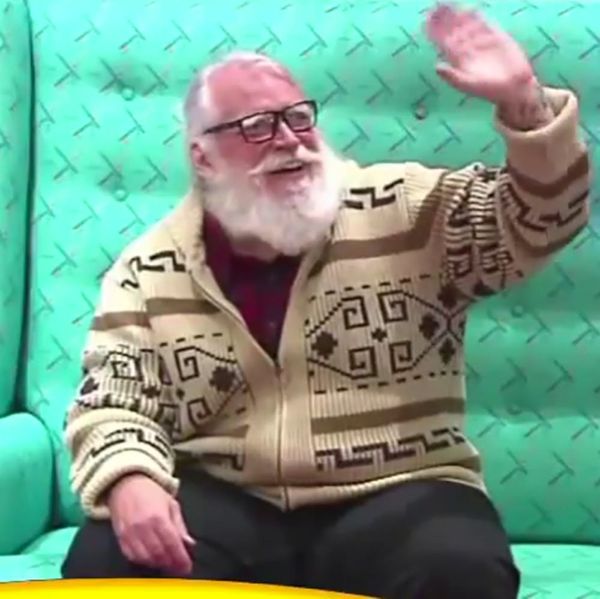 With everyone from Harry Styles to Jared Leto walking around with their long locks all tied up it seems as though no one is safe from the man bun – not even Santa.

In an ABC news report, Santa is spotted at a Portland mall rocking not only a modern hairstyle but also a cardigan sweater, a pierced ear and jeans. Also, this year it looks as though he has ditched his sleigh for a bicycle. We promise this isn’t a behind-the-scenes snap of the Portlandia Christmas Special (which doesn’t exist but totally should).

The holiday decor set up around Santa’s chair obviously includes a framed cross-stitched, a planted pot of succulents and an old typewriter. Is this the North Pole or a studio in Brooklyn? Hard to tell. Hipster Santa, if you’re listening Brit + Co’s holiday party is in two weeks and all we want for Christmas is you to be the guest of honor.

Would you visit this hipster Santa? Share with us in the comments below.

Cortney Clift
Cortney is the senior writer and special projects editor at Brit + Co. She typically covers topics related to women's issues, politics, and lifestyle. When she's not buried behind her computer you'll find her exploring New York City or planning her next big adventure.
Christmas
Entertainment
Christmas
More From Entertainment