#PrayForJapan Is Exploding on Twitter As Fukushima Faces a Tsunami 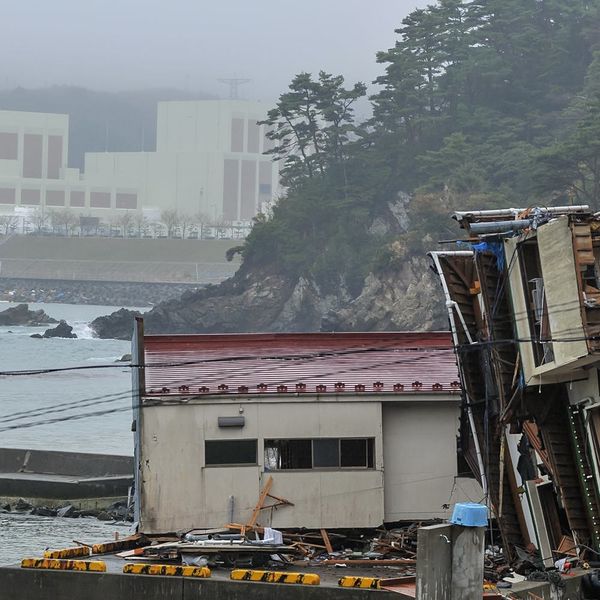 It’s only been five years since a huge earthquake and subsequent devastating tsunami hit Fukushima, Japan. The quake damaged the nuclear plant’s cooling elements, leading to three nuclear meltdowns. The quake that hit near Fukushima less than an hour ago was initially reported not to have caused any damage to the nuclear plant, but people are taking to Twitter to report that there has been damage… to the cooling system.

Hopefully we aren’t looking at another nuclear disaster, because the world is still dealing with the aftermath of the last one. Fukushima is now trending on Twitter and users are asking the world to #PrayForJapan, as a tsunami warning has been issued following the 7.3 magnitude earthquake.

Everyone in #Fukushima please find somewhere safe to be! Everyone in areas close to that region, please be safe! #PrayforJapan

#fukushima #PrayForJapan My prayers reach out to those who are in need at this time!! Be safe and get to a safe place immediately!!❤️❤️🙏🏽🙏🏽

Lets hope everyone is okay in Japan. They were hit with a 7.3 magnitude earthquake less than 30 mins ago #PrayforJapan

Prayers to Japan. Please god save them. We dont want a repeat of the 2011 tsunami. My thoughts and hopes with you all #PrayForJapan

#PrayForJapan all my prayers are out to the people in Japan! A 7.3 earthquake and a tsunami! Sending out all love❤️️❤️️

I hope that little to no one will be hurt during this disaster. hopefully, all safety measures are taken at this time! #prayforjapan

Hoping my friends in Japan are OK. Quake off coast of Fukushima Prefecture. #PrayForJapan

This is alarming. Earthquake off coast of Fukushima has impacted the other nuclear power plant. #Fukushima #福島 https://t.co/BPzvGqgveV

So far there have been no deaths reported, and we are keeping the people of Fukushima and the surrounding areas in our thoughts. We hope this is over soon and that disaster can be avoided.

Shea Lignitz
Shea can be found in the nearest bookstore or brewery, exploring the great outdoors, or blasting Led Zeppelin. She grew up in the cold and rain of Northern California's redwoods but is currently wandering around Texas.
Celebrity News