President Oprah Might Actually Be a Thing in the Future 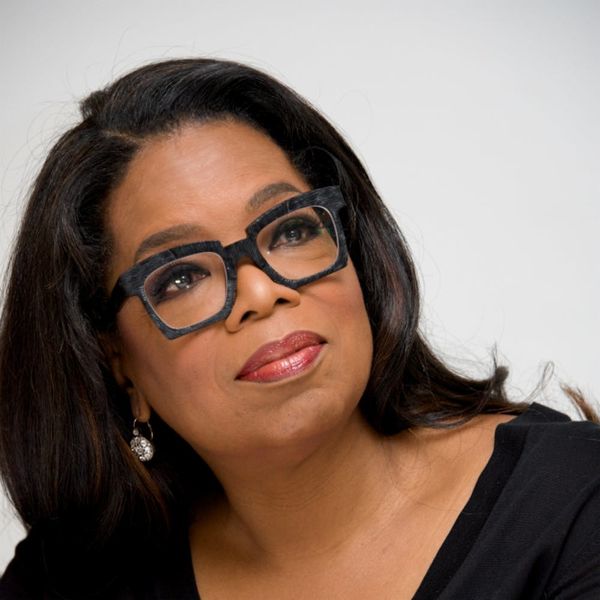 After retiring from her talk show and starting her OWN network, we were sure that Oprah Winfrey would be less likely to thrust herself into the public spotlight in the future. But since the start of 2017, the TV queen announced her return to network TV, and was able to take down a politician based on an old interview that resurfaced online. Now, O herself has admitted that it might be high time to consider a life in politics, and we’re living for it.

In an interview with Bloomberg’s David Rubenstein Show, the icon says that while she never considered running for political office in the past, in light of recent electoral results, she’s started to change her tune. “Have you ever thought that, given the popularity you have — we haven’t broken the glass ceiling yet for women — that you could actually run for president and actually be elected?” Rubenstein asked.

“I never considered the question even a possibility,” Oprah says, “but then I thought — Oh.”

“Because, it’s clear you don’t need government experience to be elected President of the United States,” Rubenstein continued. “That’s what I thought,” Oprah answered. “I thought, I don’t have the experience, I don’t know enough… And now I’m thinking — Oh.”

While we’re not even sure if Oprah’s being totally serious, we totally, seriously would love to have a President Oprah. Could you imagine Christmas at the White House? Oprah’s Favorite Things would take on a whole new meaning.

Would you vote for Oprah in a presidential election? Tell us @BritandCo!

Kat Armstrong
Kat has been a writer, social media maven and mom for longer than she's willing to admit. She's also spent time in front of and behind the camera, interviewing celebs, politicians and acting as a producer for fashion and artistic photography shoots. When she isn't writing for various orgs and publications, she's hanging with her kids, husband and French Bulldog, Peter, in Toronto, Canada.
Halloween
Politics
Halloween Politics
More From Politics