Fewer People Are Getting Engaged This Year, Thanks to the Election 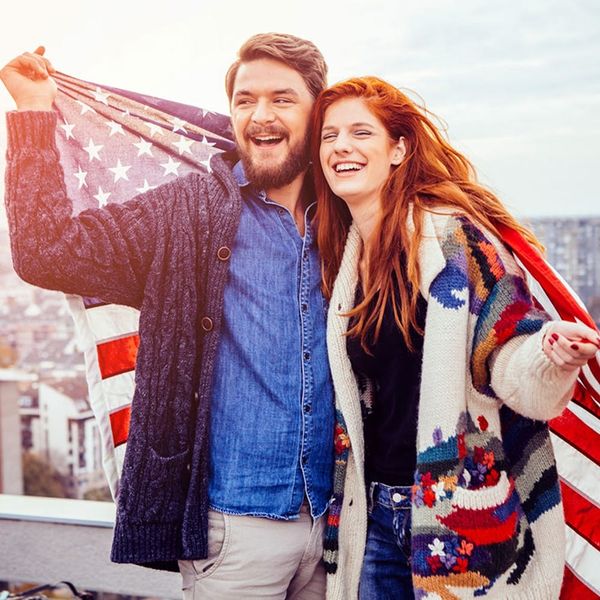 If you feel like you haven’t spotted an engagement announcement on Facebook or Instagram in a minute, that’s not just your imagination. The winter holidays and the summer season are typically when jewelers are dishing out diamond rings left and right. But so far this year, sales have been struggling. And it turns out that lull may have something to do with the upcoming presidential election.

According to a recent article by Bloomberg, sales at national jewelry retailer Jared fell by 7.6 percent last quarter. Of the 270 Jared stores in the US, 24 are located in Texas. The slump in that region was previously associated with the current oil crisis (much of the industry is based out of the Lone Star state). However, Chief Executive Officer at Signet (the retail chain Kay, Zales and Jared all operate under) Mark Light has other ideas.

He explains, “They [couples in relationships] just want to get some stability and understand what’s going on as a whole in the world, and what’s going on in the presidential election.” Basically, campaign season is killing the mood. Regardless of which way you’re leaning, the idea does make sense. This is one of the most venomous presidential elections in recent history. The severe difference between the candidates has a nation divided and all the political tension has a remarkable ability to kill any romantic spirit that might be lingering in the air.

Whether November’s final election will result in more couples deciding to tie the knot remains unclear. But hey, if it doesn’t and you’re single, just consider this an early holiday gift.

Have you noticed the election taking a toll on your relationship? Share with us on Twitter @BritandCo.

Cortney Clift
Cortney is the senior writer and special projects editor at Brit + Co. She typically covers topics related to women's issues, politics, and lifestyle. When she's not buried behind her computer you'll find her exploring New York City or planning her next big adventure.
Dating
Entertainment
Dating
More From Entertainment