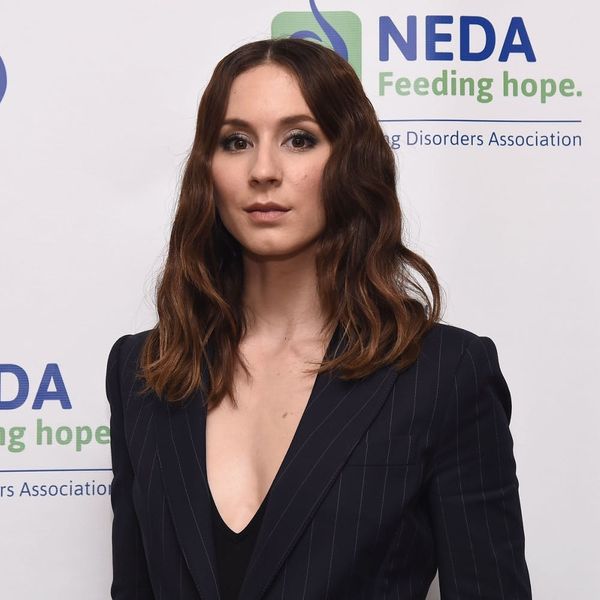 Troian Bellisario continues to inspire women both on and off screen by being open about the issues she faces in her day-to-day life. After admitting recently that the Pretty Little Liars finale backlash was “gut-wrenching,” she’s now sharing details about her experience with mental health, including her battles with an eating disorder and the lies our brains can tell us.

In an essay for Lena Dunham’s Lenny Letter, Bellisario opened up about ignoring her body’s needs to avoid appearing weak or letting people down. She recalled being afraid to speak up about the fact that she had lost feeling in her toes while filming an outdoor scene for the pilot of PLL, and later forcing herself to swim three laps in a lake even though she could feel her “limbs shutting down” after lap two.

“As someone who struggles with a mental illness, my biggest challenge is that I don’t always know which voice inside me is speaking. My body voice, the one that says, Troian, I’m cold, get out of the lake, or my illness: You told everyone three times, so you can’t disappoint them. You are not enough,” she wrote.

The voice of her illness is why she felt compelled to write (and then star in) a new film called Feed. Bellisario wrote the script based on her own experience with anorexia and hopes that it will help others deal with the internal struggle she knows so well. “There is a part of my brain that defies logic,” she shared. “Once, it completely convinced me I should live off 300 calories a day, and at some point, it told me even that was too much.”

She continued, “That part of my brain is my disease, and there was a time when it had absolute authority over me. It almost killed me, and you can see that even though I have lived in recovery for ten years now, it still finds loads of fun, insidious ways to thwart me to this day.”

She’s grateful to have survived, of course, but she wants to use her experience for something greater: “I don’t want to just survive that part of my life. I want to create in rebellion. … I wanna get paint all over the floor and build a wall of feedback in the amp so loud that it starts a mosh pit as I scream back in the face of my disease: I AM ENOUGH!”

Do you appreciate when stars open up about their struggles with mental health? Let us know @BritandCo!

Desiree O
Desirée O is a ‘Professional Bohemian’ who loves anything and everything related to the arts, entertainment, and pop culture. She ADORES being a ‘Newsy’ for Brit + Co, covering all of the latest tidbits of awesomeness that you want to read about. When she’s not writing, she’s either making messy art, going on long adventurous walks with her camera, or poking around over at bohemianizm (http://www.bohemianizm.com/). You can find out about Desirée O and her work at http://DesireeO.com/ or follow her on Twitter @DesireeO.
Mental Health
Celebrity News
Mental Health
More From Celebrity News