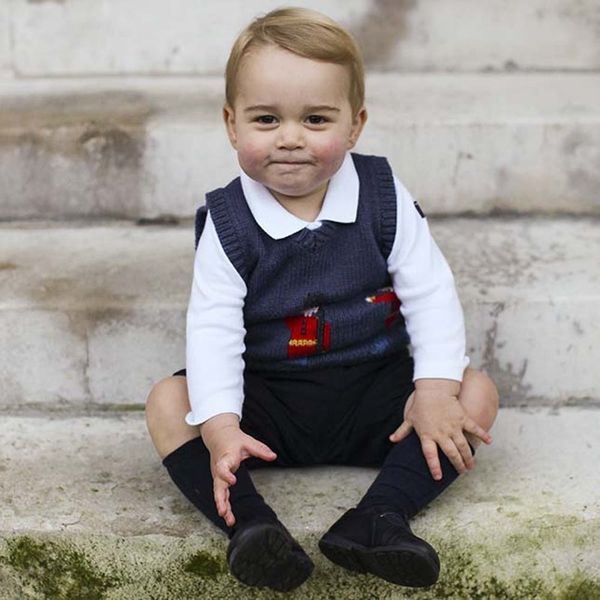 This summer is definitely the season for wish-we-were-invited toddler parties. After last weekend’s celebration for dancing queen Riley Curry, this upcoming one is bound to be an unforgettable second birthday extravaganza for Prince George, older brother to Princess Charlotte. Though his big day isn’t until tomorrow, Kensington Palace gave Royal Family fans an early birthday present: a new too-cute-it-hurts photo of the always camera-ready toddler.

Earlier today Kensington Palace shared a previously unreleased shot of Prince George cheesing in the arms of father Prince William as a pre-party gift to the Internet. The photo was snapped by Mario Testino at little sis Charlotte’s christening after party at Sandringham House.

As for how the little guy will be ringing in his second birthday, it appears like it will be a laid back event. Well, as mellow as a Royal Family affair can get, that is. A Kensington Palace source told People the family will be “spending the day privately in Norfolk” at the family’s country home, Anmer Hall. Fingers crossed we get some details + visuals of the sure-to-be-fab festivity.

How do you think the Royal Family will be celebrating Prince George’s second birthday tomorrow? Share your predictions in the comments.