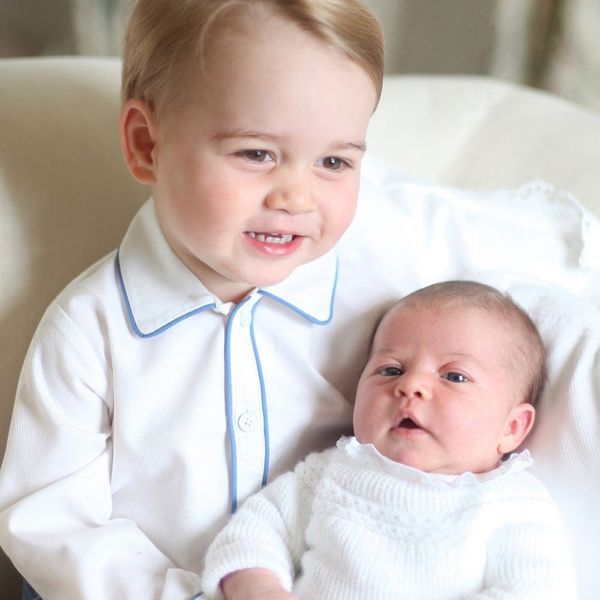 Kate Middleton is no ordinary royal – that much has been clear from the start. The 33-year-old has been known to drive herself around town, wear clothing from ASOS and it’s even rumored she does all the cooking for her family. So when the time came to share Princess Charlotte’s first official portrait, it shouldn’t be a huge surprise that Kate decided to do things a little differently.

Rather than bringing in a professional team to come take the photos, the Duchess decided to shoot them herself. Shortly after they shared the photos on their social feeds, Kensington Palace confirmed that it was indeed Kate who went behind the lens to capture both of her little ones. The photos were taken back in mid-May at the family’s country retreat, Anmer Hall in Norfolk.

While this might be the first time Kate has shared her photography skills so publicly it has been one she’s been keeping in her pocket for some time now. After she graduated from university with a degree in art history, Kate went on to work for her parents’ company Party Pieces. There she handled catalogue design and production, marketing and, yes, photography.

We’re crossing our fingers that these portraits convince Kate to go behind the lens more often to not only share official photos of the siblings, but also some candid shots. A snap of the two dressed up in their royal jammies kind of seems like a must.

Did you shoot your baby’s first portrait? How did it turn out? Share with us in the comments below.

Cortney Clift
Cortney is the senior writer and special projects editor at Brit + Co. She typically covers topics related to women's issues, politics, and lifestyle. When she's not buried behind her computer you'll find her exploring New York City or planning her next big adventure.
Kate Middleton
Parenting
Kate Middleton
More From Parenting