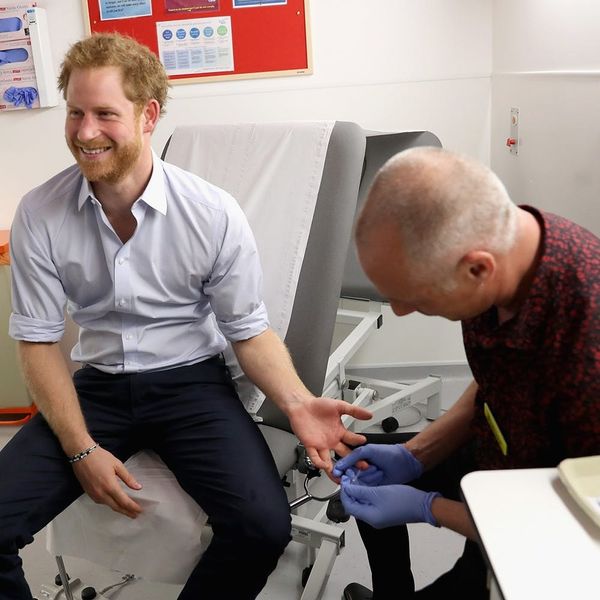 Is it just us, or is Harry kind of the ultimate dream dude? For starters, he’s a prince. So there’s that. He also has been known to go off and explore far-off places like Antarctica. Oh yeah, and he decided to make his Christmas card a photo of him and a 95-year-old vet holding hands. I mean, c’mon. But if all those things aren’t enough to make you swipe right on his theoretical Tinder profile, he’s just pulled another stunt that’s sure to make you swoon.

Prince Harry posted his first live video on the Royal Family’s Facebook account earlier today. The video features him at St. Thomas’ Hospital in London getting an HIV Test. Throughout the five-minute video, Harry chats with a doctor about what the test will involve and the stigma surrounding it.

After a prick of his finger, Harry gets his results, which come back negative. He tells the audience, “Whether you’re a man, woman, gay, straight, black, white, whatever — even gingers! — why wouldn’t you come and have a test?”

HIV awareness was a cause that Harry’s mother Princess Diana was heavily involved in. Earlier this year Harry told People Magazine, “All I want to do is make my mother incredibly proud.” We’re going to say he’s doing a pretty stellar job of that so far.