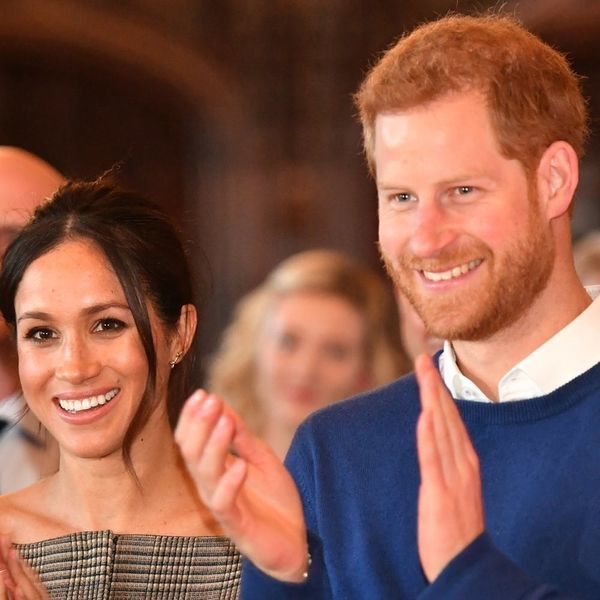 Royal couple Prince Harry and Meghan Markle may be living out a RL fairytale before our very eyes, but when it comes down to it, they’re just two crazy kids in love, angling for a date night at the hottest show in town — just like the rest of us!

Though tickets are still somewhat hard to nab and certainly aren’t cheap (up to $300 per ticket if you’re curious), the Prince and his future bride managed to snag a pair of seats to the Friday night London showing of Hamilton.

Taking in the performance at the Victoria Palace Theatre, (not terribly far from their Nottingham Cottage home at Kensington Palace), cast member Leslie Garcia Bowman confirmed that the couple had been in the audience, tweeting, “Was an honor to have Prince Harry and Meghan Markle in to watch @HamiltonWestEnd last night!”

Was an honour to have Prince Harry and Meghan Markle in to watch @HamiltonWestEnd last night!

Rather than just being a fun evening out on the town, however, the show held deeper meaning for the Prince — though not a particularly pleasant one. In telling the story of Alexander Hamilton, an American statesman who was one of the American Founding Fathers, the play doesn’t shine the most flattering light on King George III (one of Harry’s own ancestors).

Considering that the musical is a theatrical knockout, however, with the US version earning a record-setting 16 Tony nominations in 2016 (11 of which it took home), along with the 2016 Grammy Award for Best Musical Theater Album and the 2016 Pulitzer Prize for Drama, we’re sure the 33-year-old didn’t mind… too much.

Do you love that Prince Harry and Meghan Markle still go on dates together? Let us know @BritandCo!

Desiree O
Desirée O is a ‘Professional Bohemian’ who loves anything and everything related to the arts, entertainment, and pop culture. She ADORES being a ‘Newsy’ for Brit + Co, covering all of the latest tidbits of awesomeness that you want to read about. When she’s not writing, she’s either making messy art, going on long adventurous walks with her camera, or poking around over at bohemianizm (http://www.bohemianizm.com/). You can find out about Desirée O and her work at http://DesireeO.com/ or follow her on Twitter @DesireeO.
Date Night
Celebrity News
Date Night Royal Family