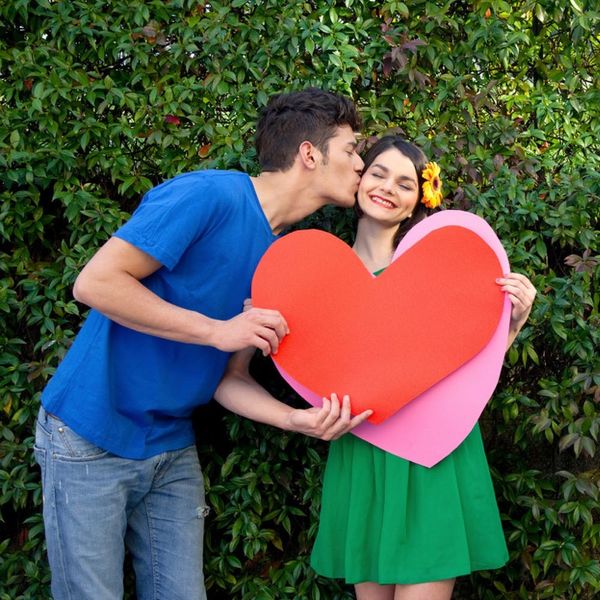 Like many of us mere mortals, you might worry about getting dumped on a holiday; it certainly doesn’t sound particularly pleasant to get broken up with on your birthday or Valentine’s Day. But have you ever worried about your relationship heading south on Saint Patrick’s Day? If you believe this theory — which to my knowledge was originally penned by John Mayer — you might.

It was December 2012, and I was a sophomore in high school. After months of pining, my best friend (who amusingly enough was named John) finally reciprocated my very teenage feelings for him. As with all relationships that transition from platonic to romantic, there was some ice to break between us; I’ll never forget clumsily holding his hand as we walked through downtown Chicago at Christmastime.

Break out the winter clothes

And find a love to call your own

Your cheeks a shade of pink

And the rest of you in powder blue

That winter slipped through our hands like sand. Any given night, you’d find me curled up in bed, whispering on the phone with John until my mom would pop her head in to our dreamy little world and force me to sleep. It was the first time in my life that I was truly excited to wake up to a reality that seemed better than any Taylor Swift song had ever promised me.

In the dark, on the phone

You tell me the names of your brothers

And your favorite colors

By February, I was settled in to calling my best friend my boyfriend. I loved having a hand to hold and a person to hug; like many Irish girls from Chicago, I took an inordinate amount of pride in wearing a claddagh ring in a way that signified I was in a relationship. Finally, I looked forward to Valentine’s Day with excitement: Where would John and I go on a date (a DATE!)? What would he get me? Would I open my locker and find a huge teddy bear? Looking back on it, it’s like I was sitting on train tracks wearing noise-canceling headphones: The train was barreling towards me, and I was blissfully unaware.

No way November will see our goodbye

When it comes to December it’s obvious why

No one wants to be alone at Christmas time

And come January we’re frozen inside

February, won’t you be my Valentine?

Enter March. The milestones through the month lessened in frequency and significance, and the routine of our relationship shifted from nightly phone calls to weekly texts. At the time, John felt like a new puppy: squirmy, fickle, and like it could never possibly love you as much as you loved it. The tighter I held on, the more he let go. And while I felt like this was the first breakup of its kind that the world had ever known, John Mayer had already predicted it a decade earlier.

And we’ll both be safe ’til Saint Patrick’s Day.

Looking back on it, anyone (except me) could have seen the trajectory of the breakup from a million miles away. The grand irony, though, is that the final severance actually did occur on Saint Patrick’s Day. My fragile, trusting heart took a hard blow — but now, I’ll always be wary of cuffing season, on account of March 17, 2013. In my opinion, John Mayer was right: After a winter of snuggling, Netflixing, and showing off your shiny new boyfriend, you’re really only safe until Saint Patrick’s Day.

Have you seen a St. Paddy’s Day breakup in action? Let us know @BritandCo!

From Your Site Articles
Gabrielle Gresge
Gabrielle Gresge is a Chicago native and journalism student at the University of Missouri. While not chasing deadlines, she enjoys giving campus tours, exploring her new home, and missing her old one. She loves to write about these experiences in her own handwriting at gabriellegresge.wordpress.com.
Dating
Relationships
Dating love Relationship Advice St Patricks Day
More From Relationships