11 St. Patrick’s Day Recipes That Will Bring You Lots of Luck 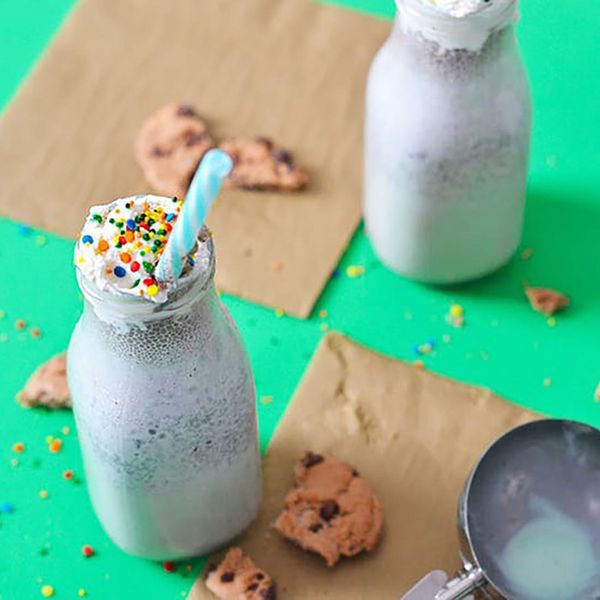 It's never too early to start planning what you're going to eat and drink on St. Patrick's Day, because the Irish holiday has a surprising amount of food to look forward to. If you thought Irish food was all potatoes, think again. Of course there are potatoes — some of the creamiest, most buttery, Irish-style mashed potatoes you've ever eaten — but there's also chocolate Guinness brownies, soda bread, shepherd's pie, and lots and lots of Lucky Charms (for us Americans, ha!). Here are 11 St. Patrick's Day recipes that will bring you tons of luck. Pair with beer and whiskey for best results.

Irish Boxty Breakfast: This hearty breakfast is like a cross between pancakes and hash browns — AKA the greatest thing ever.

DIY Lucky Charms Cake: This cake is covered and stuffed with Lucky Charms, and it really doesn't get much luckier (or sweeter) than this.

Cheesy Shepherd's Pie: Even though this shepherd's pie is totally vegan, it's filling thanks to ingredients like lentils and mushrooms.

Guinness Brownies: Adding Guinness to brownies makes them extra rich and chocolatey. Naturally, you have to pair these with a pint.

Dutch Oven Soda Bread: Unlike a lot of bread recipes, this soda bread is super easy to make. It only needs three real ingredients (baking soda, buttermilk, and flour) and then 45 minutes in the oven!

Boozy Mint Chocolate Chip Milkshake: Mint chocolate chip ice cream blended with Bailey's will freshen your breath and get you a little tipsy too.

Picklebacks: This recipe comes with instructions for two different kinds of picklebacks: a smokey bacon version and a spicy Old Bay-seasoned version. Choose wisely — or better yet, have both!

Show us on Instagram how you're celebrating St. Patrick's Day by tagging us in a photo @BritandCo.

From Your Site Articles
Audrey Bruno
Audrey is a food and travel writer currently living in Berlin. She's always on the lookout for funky wine, sour beer, and the dirtiest martinis, and if she were a food, she'd be a pickle.
DIY
DIY Recipes
DIY Party Ideas recipe roundup St Patricks Day
The Conversation
Reviews:
More From DIY Recipes

Go for the Gold with White Russian Cake Pops

3 No-Bake Pies to Make for the 4th of July