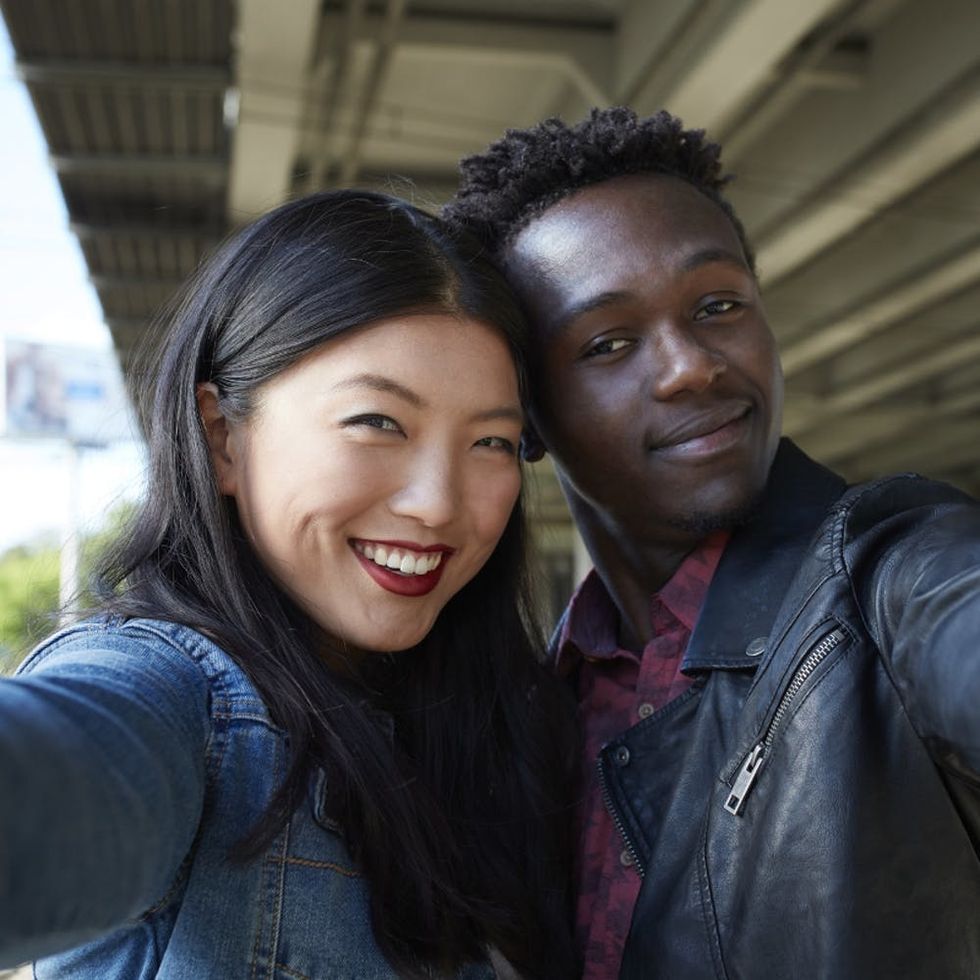 Flirting with a cutie is the most fun, whether you’re single (and ready to mingle) at a wedding or in a relationship and harmlessly bantering with your neighborhood barista. Meeting someone with whom you have that “zsa zsa zsu” (thank you, Carrie Bradshaw) is often unexpected and always unmistakable — when “it” is there, it’s there. But have you ever thought about how you flirt?

In astrology, your rising sign (also called your ascendant sign), relates to the constellation that was on the horizon the moment you were born. It represents those personality characteristics that you share immediately with those around you — the traits that inform people’s first impressions of you. And flirting is basically just us trying to make good first impressions, right? So if you’re looking to better understand your flirting style (or maybe change it up to better align with your cosmic self), it’s all in your ascendant sign. If you don’t know your ascendant sign, use Cafe Astrology’s (free!) natal chart calculator to get started.

Forward and Confident: Never one to shy away from making the first move, you see flirting as a game you’ve already won. You’re energized by these supercharged interactions and approach any new flirty conversation openly and with enthusiasm. You’re not one for demurely giggling at bad jokes and want someone as confident as you are.

Romantic and Generous: Pouring a glass of red wine, sharing a piece of dark chocolate, putting on the new Drake album — for you flirting is all about stimulating the senses. You show someone you’re into them by offering luxurious, physical pleasures they can touch, see, taste, and hear. You’re also steadfast and stubborn, so you only flirt with those you think can become a long-term thing.

Chatty and Quick: A good back-and-forth banter is all you need to develop a full-blown crush. You find razor-sharp wit and extensive smarts extremely attractive and revel in trying to one-up someone in a flirty conversation. If they can keep up with your quickness (or even better, best you at your own game!), you’re all theirs.

Observant and Reserved: “Putting yourself out there” really isn’t part of your flirting vocabulary. You prefer to surround yourself with those who know you best, and you don’t often invite strangers into your circle (even if they are super cute). You prefer someone to approach you, and when they do, you’re an expert at keeping the conversation on them with thoughtful questions and intimate observations. They’ll walk away feeling totally understood without you having revealed a thing about yourself.

Bold and Playful: Warmhearted and radiating with joie de vivre, you just naturally draw like-minded people into your orbit. Flirting comes to you as effortlessly as breathing, and you’re always up for meeting someone new — even if it doesn’t turn into something serious. You’re a social creature who craves attention and will generously lavish it on others too.

Direct and Thoughtful: Not to say that you’re not romantic, because you appreciate a sweet comment and knowing smile as much as the next person, but your version of flirting is a bit more practical than most. You know how to communicate your intentions honestly and have no time for game-playing or mixed messages. It’s a practical side to you that all your friends are jealous of — you’re the last person to wait around for a text that may never come.

Charming and Sweet: The last thing you want to do is make someone feel uncomfortable, and your flirting style reflects that. You know how to make anyone feel immediately at ease with no more than a smile, and you have a gentle, chill vibe that makes people just want to talk to you. Once you find something in common with your crush, you can chat for hours.

Dark and Mysterious: You wrote the book on how to be a good flirt. You’re assertive without coming off as pushy, passionate without seeming desperate, and emotional without being unpredictable — a perfect flirt cocktail when you’re trying to get to know someone. As a water sign, you present a calm, cool exterior, with all the intensity happening just below the surface.

Funny and Spontaneous: If a potential bae can’t make you laugh (or, shudder to think, doesn’t find your jokes hilarious), they won’t stand a chance with you. Easy humor and a positive attitude take you far where flirting is concerned — and you’re always down for an impromptu adventure if you’re feeling the flirting could be something more. With that said, you’re also fiercely independent and crave your freedom, which means someone acting even the tiniest bit clingy will be an immediate turnoff.

Straightforward and Honest: You have no time for coy or cute, even when it comes to flirting. If you’re interested in someone, you simply ask them out, which is its own special kind of flirting (especially in this noncommittal app dating world we live in). There’s nothing sexier than someone who knows what they want — and you’re looking for a committed partner to help you conquer the world.

Quirky and Fun: No one ever knows what they’ll get, which is half the fun of flirting with you! You’re attracted to independent rebels like yourself — free spirits make the best flirting partners, after all. You’re a wickedly good conversationalist — both intellectually curious and a great listener — which means that you can make anyone feel like they’re the most important person in the room.

Observant and Open: Even in a super-crowded bar on a Saturday night, a quick scan of the room will tell you all you need to know about potential cuties. You’re just that cosmically clued in to your type. You approach any new love interest as a potential soul mate and dive right in for a deep, spiritual conversation — that otherworldly connection is important to you.

From Your Site Articles
Megan Parry
Megan Parry is a lifestyle writer living in Philadelphia where she's making generous use of her library card, obsessively reading friends' natal charts, and learning how to differentiate between "dried apricot" and "juicy apricot" notes in wine.
Astrology
Relationships
AstrologyCreativityDatingZodiac

8 Common Dream Themes & What Each Ones Mean