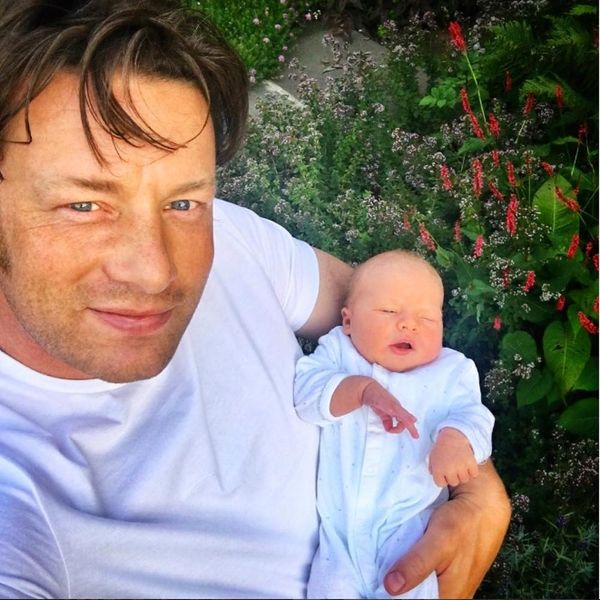 River, long among the out-there nature names for babies, has become a favorite with modern parents, especially celebrity parents. The latest high-profile celeb parent to embrace the name? Jamie and Jools Oliver! They recently confirmed to TODAY Parents that their newest addition is named River Rocket.

A handful of boys were named River in the 1970s, as parents sought out bolder possibilities. It might have stayed on the fringes, except that one of those boys was River Phoenix.

As Phoenix’s star rose, so did his distinctive given name. Following the actor’s tragic death in 1993, the name entered the US Top 1000. It now ranks Number 244 for boys in the US, and Number 350 for girls.

Since then, Keri Russell has given the name to a son. More recently, Kelly Clarkson welcomed daughter River Rose.

Besides the name’s appealing ties to nature, River also boasts an on-trend sound. It shares the stylish letter v with Oliver and Everett, Ava and Olivia. And we’re wild for -r ending names, for boys and girls, from Carter to Piper. River fits right in.

In the UK, however, River like other newly-minted nature names remains relatively uncommon. Could the Olivers’ latest edition change that? It seems likely. Following the Beckham’s choice of Harper for their daughter in 2011, Harper has cracked the Top 100 for girls in England.

Congratulations to the Oliver family on their nicely named new son, and expect to hear more of this stylish name throughout the English-speaking world.

Do you love River and other nature names? Tweet us @BritandCo and let us know your favorites!