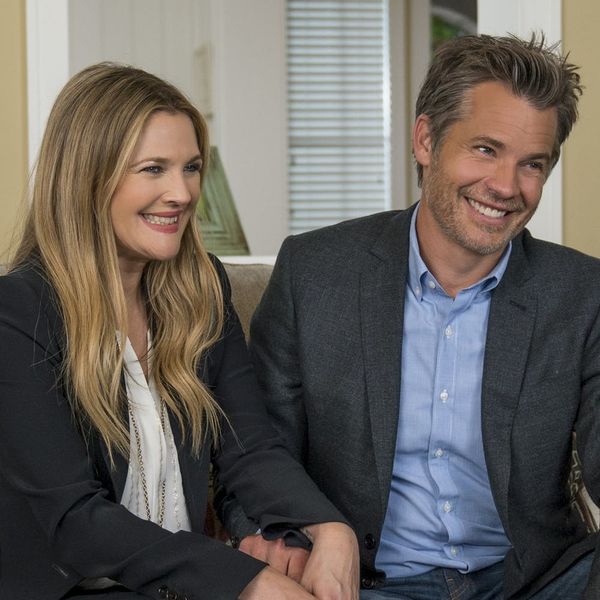 The last time we saw Drew Barrymore and Timothy Olyphant on screen as Santa Clarita Diet‘s Sheila and Joel Hammond, they were helping one lucky couple get engaged. Now, the Netflix stars are showing up in an uncomfortable video to reveal the premiere date for the show’s second season.

Santa Clarita Diet season 2 will be available on Netflix on Friday, March 23, according to the show’s official social media accounts. The announcement came at the end of a montage in which Sheila and Joel are trying to pretend like everything is totally normal, forcing their way through awkward laughter and fake smiles — even as the number of victims claimed by the increasingly bloodthirsty Sheila grows. “When you’re literally dead inside, but you’re trying to play it cool,” the caption reads.

In season 1, it was revealed that Sheila had inexplicably become a zombie, unblinkingly feasting on human flesh while trying to maintain some semblance of a normal life in the process. Now, with the Hammond family somewhat adjusted to Sheila’s switch, season 2 will see them continue to try to cover for her while searching for the cause of, and cure for, the mysterious zombie virus that has infected her.

EW previously revealed that Joel McHale, Gerald McRaney, Zachary Knighton, and Maggie Lawson are set to guest star in season 2. Dig into all the new episodes when they arrive on Netflix globally on Friday, March 23.

Are you excited for season 2 of Santa Clarita Diet? Let us know @BritandCo!