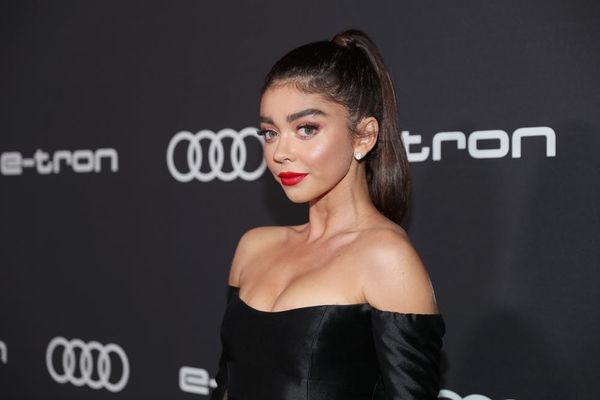 Sarah Hyland has always been candid about her health struggles. This week, the Modern Family star opened up for the first time about undergoing a second kidney transplant and the severe depression she suffered as a result.

“About seven years ago, I had a kidney transplant. My dad gave me his,” Hyland recalled in a new interview with Self, referring to her lifelong struggle with kidney dysplasia. “What most people don’t know is that, about two years ago exactly, I went into rejection.”

Tearing up, she continued: “When a family member gives you a second chance at life and it fails, it almost feels like it’s your fault. It’s not, but it does.” Hyland said that while doctors did several tests and treatments, none of them worked, and she eventually had to go on dialysis, spending four hours a day, three days a week, hooked up to a machine. She did dialysis from February to October 2017, during which time she became severely depressed.

“For a long time, I was contemplating suicide,” she revealed. “I had gone through 26 years of always being a burden. Of always having to be looked after, having to be cared for. I’ve always had health issues, and it’s a really helpless feeling.”

In September 2017 — just days after going on her first date with now-boyfriend Wells Adams — Hyland received a second kidney transplant, this time with a kidney donated by her little brother. “He didn’t drink beer for a really long time for this,” she said. “Guinness is his favorite. I’m appreciative and love him so, so much. So much, it’s hard to say sometimes.”

Hyland said doctors still don’t know why her body rejected her first transplant. Right now, though, her health is good. “I have very, very special people in my life,” she shared, “and I wouldn’t have been able to make it through without them.”

Were you surprised by Sarah Hyland’s health update? Let us know @BritandCo.