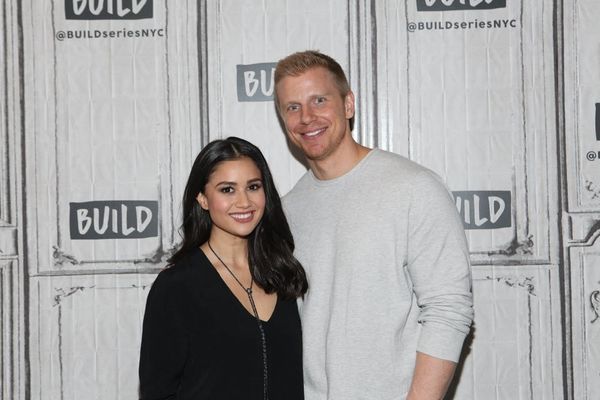 Bachelor alums Sean Lowe and Catherine Giudici, one of the longest-lasting couples in the TV show’s history, welcomed their second child, a healthy baby boy named Isaiah Hendrix, this past May. The family had a bit of a scare this week, though, as little Isaiah needed to be hospitalized in the pediatric ICU.

Lowe took to Instagram on Friday, November 2, to share the ordeal, writing, “Long story short – we took our little dude to the pediatrician yesterday for a bad cough he developed and ended up in the pediatric ICU.” According to the former reality star, Isaiah was diagnosed with bronchiolitis, a condition that usually occurs in babies between three and six months of age and affects the tiny airways leading to their lungs, making it hard to breathe.

“We’re still here and probably will be for a couple more days,” Lowe continued, explaining, “Isaiah’s got bronchiolitis and his little body is having a tough time getting enough oxygen. He’s not having the best time but the doctors and nurses have been great and we’re just super thankful we took him to the doctor when we did.” He ended his message on a more positive note, concluding, “We’re confident he’ll be just fine but prayers are always welcome.”

Giudici reposted her husband’s photo on Friday night. Early Saturday, she shared another pic and an encouraging update. “Holding my little one so so tight,” she captioned the Instagram snap. “Thank you for all your prayers and sweet comments. I think they’re working.”

The couple are also parents to son Samuel, 2, who has been a doting older sibling to Isaiah. Lowe gushed about his growing family back in June, revealing just how much Samuel loves his baby brother. “The first time that he saw Isaiah in the hospital, we said, ‘Go and kiss your brother,’ and he walked over and kissed him and everyone in the room was like, ‘Aw,'” the proud dad told E! News. “And you could see Samuel’s face light up like, ‘Wait a minute — they like it when I do this,’ so now he just kisses him about 100 times a day.”

Do you know anyone who has faced bronchiolitis? Tweet us @BritandCo.

Barbara Pavone
Barbara Pavone is a pop culture-obsessed writer based in beautiful (but ridiculously cold) Montreal, Canada. When she's not working, she's sipping on a Pimm's Cup and daydreaming about her celebrity hero, Saint West.
The Bachelor
Celebrity News
The Bachelor