‘Search Party’ Recap: Someone Knows What They Did Last Summer 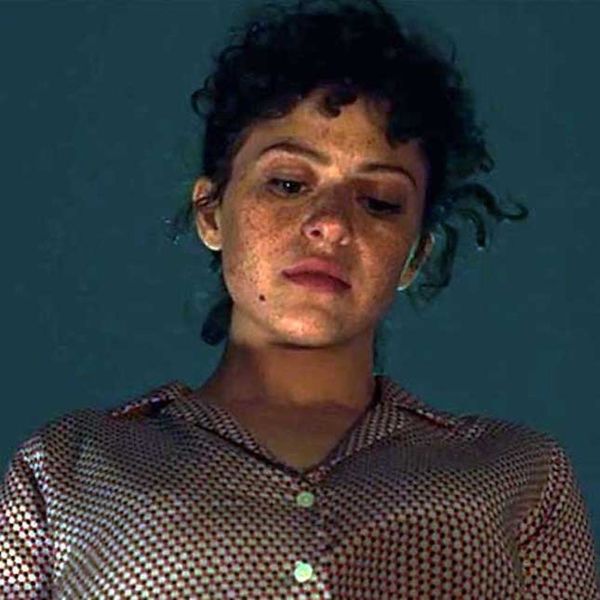 One of the main reasons I so thoroughly enjoyed Search Party season 1 is because of the way it could pivot between genres so deftly and at breakneck speed. One minute it was a chilling murder mystery; the next it was an angsty dramedy like Girls; the next it was nearly sitcom-esque. While I have enjoyed season 2 so far, it wasn’t until Sunday’s episodes, “Paranoia” and “Obsession,” that I truly felt the genre-hopping magic again.

The first episode of the night neatly juxtaposes the gang receiving the key to Chantal’s (Clare McNulty) hometown with NYPD detective Joy (the amazing Tymberlee Hill) investigating Keith’s (Ron Livingston) murder after the weird guy in the woods reports that he found a body.

It’s so perfect because the gang definitely feels the walls closing in, in a Telltale Heart sort of way, but little do they know the walls actually are closing in, in the form of an observant, smart detective who seems like she’s more than capable of unraveling the gang’s hastily assembled web of lies.

At the center of this web, of course, is Dory (Alia Shawkat), who ends up having to reveal to the other three that she has been in contact with Keith’s ex-wife… but it’s OK because Dory sent her an email pretending to be Keith.

Major props to the excellent comedic timing in this moment, which I rewound twice to watch again. Dory says, “I sent an email to her as Keith Powell…” and there’s a huge pause and then everyone loses it.

Because at this point, they know via the always-excellent Agnes Cho (Jennifer Kim) that Keith’s body was found near her aunt’s house, so the police will be able to tell that the email was sent after Keith was dead. Ruh roh.

At this, Elliott (John Early) starts tearing off his clothes because he’s having a hot flash and breaking out in hives all over his torso. This is only the second most upsetting bodily function he’s had this episode, as earlier he pooped his pants at the city key reception after Chantal’s mom brought up “Keith,” a man she remembers Elliott talking about.

But now Elliott is in full-on meltdown mode, so he goes power walking into the street wearing only his boxer shorts, screaming about needing ice.

After that great ending for the first episode, the second picks up with Elliott’s breakdown. He is now writing his book on rolls of paper — what are those? paper towels? — and this culminates in him throwing Marc (Jeffery Self) out of the apartment, because Marc doesn’t have enough tin foil to cover the windows (yes, really), and then taking his book paper rolls over to his publisher’s house while wearing only his boxer shorts and a shawl. After Nia (Kate Berlant) lets him in (big mistake), he decides he needs to weigh her furniture. When he tries to see how much her baby weighs, Nia rightly runs for it and calls for help.

Elliott is now headed to a rehab center called Hallways. That ought to be amazing.

Meanwhile, Portia has started rehearsals for her play, and the director (Jay Duplass) continues to be super weird. But Portia is totally into it because he tells her she’s smart. He might honestly believe that (and I don’t think Portia is dumb at all), but it feels like a big manipulation to get her to sleep with him. Portia has obviously always longed for her mother to see her as smart and has never gotten that kind of validation, so she’s putty in her director’s hands. This… will not end well.

In the second episode of the night, Dory and Julian (Brandon Micheal Hall) get involved in a state senate campaign. I’m curious to see if this will play out in an interesting way that ties it back into the main action, because right now it’s just kind of “there.” It’s a way to keep Julian involved in the show, I guess, but I’m going to need a little more than that to really integrate this plot into the show.

Dory can’t concentrate on anything — she’s really struggling with her guilt, and she actually goes up to the roof of the campaign headquarters building and contemplates jumping off. She doesn’t do it, but the fact that she really thought about it (and even imagined it happening) scares her so much that she starts screaming in terror and despair right there on the roof.

And finally, Drew (John Reynolds) has perhaps the most interesting two-episode stint, in that he’s really trying to distance himself from the group and what they did, but he’s the one who ends up getting targeted by some unknown person who knows that he murdered someone.

After messing around with his co-worker Alan’s life in another attempt to get the Shanghai job, Drew is leaving work when he finds a bouquet of flowers on his desk with a card that reads, “You murdered someone.” As he quietly freaks out, he realizes no one is around, and then the office lights begin shutting off one by one. It’s probably not nearly as nefarious as Drew thinks it is, but it’s done in a wonderfully creepy way and is a great example of how this show switches so well between comedy, drama, and mystery/horror. An excellent couple of episodes this week.

If you’ve never watched the Hotwives series on Hulu, Tymberlee Hill alone is worth the price of admission. Definitely give that a peek if you have time — it’s super funny and Hill is fantastic in it.

I laughed so hard at how much Agnes Cho kept saying “obelisk.” I called it that in the recaps, because that’s what it is, but it sounds more pretentious the more Agnes says it. Obelisk!

[after Elliott poops himself]

Portia: “What happened to your pants?”

Elliott: “It was always my intention to have a partial wardrobe change, Portia.”

Elliott: “I just need two to six bags of fresh ice, and it must be fresh!”

Marc: “You. Ask. For. So. Much. You have expectations that literally no one can fulfill.”