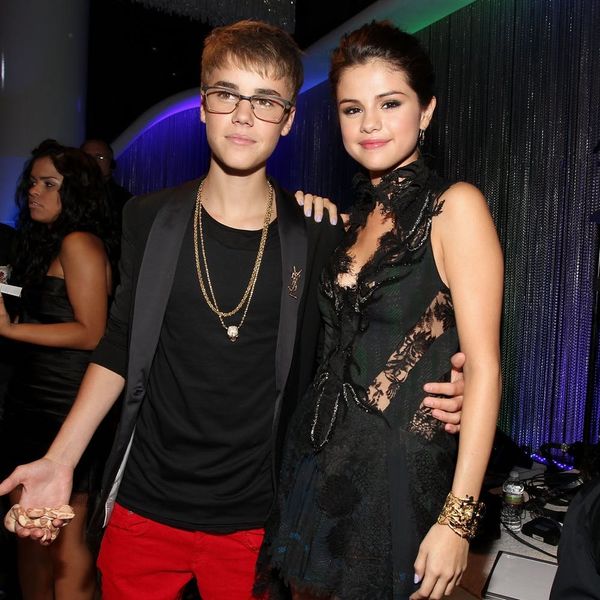 Fans were crushed to find out that Selena Gomez and The Weeknd, AKA Abel Tesfaye, had reportedly called it quits. However, the “Fetish” singer, 25, seems to be bouncing back from the breakup: She’s been sparking Jelena reunion rumors by hanging out with former flame Justin Bieber. And adding fuel to the hot gossip fire, Bieber pulled a very boyfriend-y move last night after Gomez showed up to watch his hockey game.

The heart wants what it wants & Selena Gomez's wants to go to Justin Bieber's hockey game and leave in his jersey. https://t.co/Tt0KM59l8X pic.twitter.com/B7zQP5x6i3

Last night, Gomez cheered on her former boo at his hockey game. The pair were photographed leaving the rink together and fans were quick to notice that Bieber had given Gomez the New Jersey Devils jersey he wore during the game.

The pair have reportedly been spending time together since September — around the time the former Disney Channel star underwent her kidney transplant. But according to an insider told E! News, Bieber wasn’t behind the split of Tesfaye and Gomez. “It was more of a mutual breakup. They were distant because of work. It didn’t end in a bad way,” the source said. “The relationship was basically over before Justin Bieber and Selena hung out. Abel is not dwelling over anything.”

Whether Jelena really is Jelena again remains to be seen, though. Another source told E! that the two are just “friends at this moment,” but he’s always had love for her and “respects [her] and just wants her to be happy. He hopes that building their bond again may help them in the future.”

Sounds like maybe reconciliation isn’t out of the question after all!

Do you ship Jelena? Tell us your thoughts @BritandCo!

Shea Lignitz
Shea can be found in the nearest bookstore or brewery, exploring the great outdoors, or blasting Led Zeppelin. She grew up in the cold and rain of Northern California's redwoods but is currently wandering around Texas.
Celebrity Style
Celeb Style
Celebrity Style