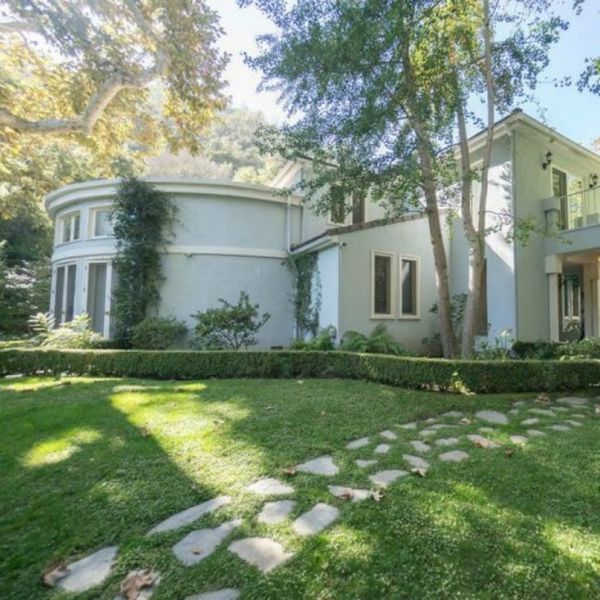 Serena Williams, arguably the greatest tennis player of all time, has had a year to *seriously* remember: She got engaged, won the Australian Open, and gave birth to her first child, daughter Alexis Olympia Ohanian, Jr. Talk about a grand slam! And as if that wasn’t enough, it looks like she’s adding a real estate move to her already busy year. She just listed her six-bedroom, seven-bath home in Bel Air for a cool $12 million. Take a look at the amazing digs, then head over to Trulia for more.

According to the listing, the 6,101 square foot traditional home boasts one of the biggest lots in the Stone Canyon section of Bel Air. Originally built in the 1930s, it’s surrounded by lush greenery and landscaped gardens, and even has its own hiking trails — basically a private countryside oasis in the middle of LA.

Not surprisingly, the house has its own gym. We like to think that when she’s not practicing her killer backhands or doing insane sprint drills, she’s just like us — taking it easy on the elliptical machine and lifting three-pound weights. (Wishful thinking.)

Don’t expect anything less than a regal clawfoot tub for the queen of the tennis courts. In addition to the luxurious bathing quarters, there’s also a private salon and a bar/study lounge area. Would there ever be a reason to leave the house with all those amenities?

And of course, what Southern California estate would be complete without a heavenly pool to keep cool during those warm, sunny days? It even comes with its own guest house and fireplace!

If you’re wondering where the tennis court is, the property doesn’t have one. Looks like even tennis stars need a break every once in awhile.

If you love taking a peek into celebrity homes, follow us on Pinterest for even more home decor inspo from celebs!

Anne Ichikawa
Anne just moved back to California after living in NYC for 15 years. She misses good pizza and bagels, but does not miss the subway or rat sightings. A career highlight of hers is appearing in a music video for approximately 1.5 seconds. She loves non-restrictive pants, strong coffee, and trying candy for other countries. When she's not writing, you can find her decorating her new apartment and nervously tending to her houseplants which she hopes do not die.
Celebrity
Home News
Celebrity Celebrity Home
More From Home News