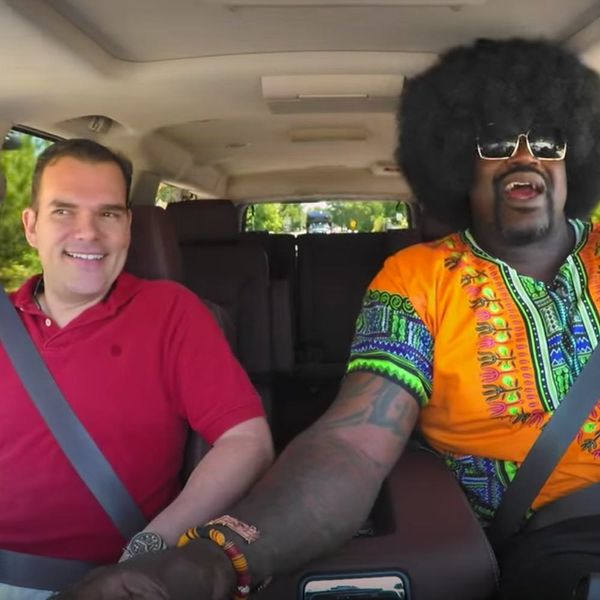 Forget “Carpool Karaoke.” Undercover Lyft driving is the newest viral video shot in a car. It’s a very particular niche but hey, apparently a popular one. Lyft snagged iconic basketball ball player Shaquille O’Neal to go undercover while picking up passengers around Atlanta. And as you might expect given the goofy athlete’s reputation, it was all kinds of hilarious.

Shaq puts on a number of different disguises to trick his passengers. First, he dresses up as Charles, the bracelet maker. Then he goes by Pierre, the Frenchman. He even pretends to be Goose — the off-duty cop. He’s actually a hilarious actor but that’s not a total surprise considering this isn’t Shaq’s first time in the film industry. He’s been featured in 26 films all-in-all – most notably Kazaam (and he won’t let you forget it, TBH).

Lyft has done a number of undercover videos like this so heads up: If you get a driver who seems like he just might be a famous person in disguise it’s probably them!

Cortney Clift
Cortney is the senior writer and special projects editor at Brit + Co. She typically covers topics related to women's issues, politics, and lifestyle. When she's not buried behind her computer you'll find her exploring New York City or planning her next big adventure.
Posts that contain video
Celebrity News
Posts that contain video