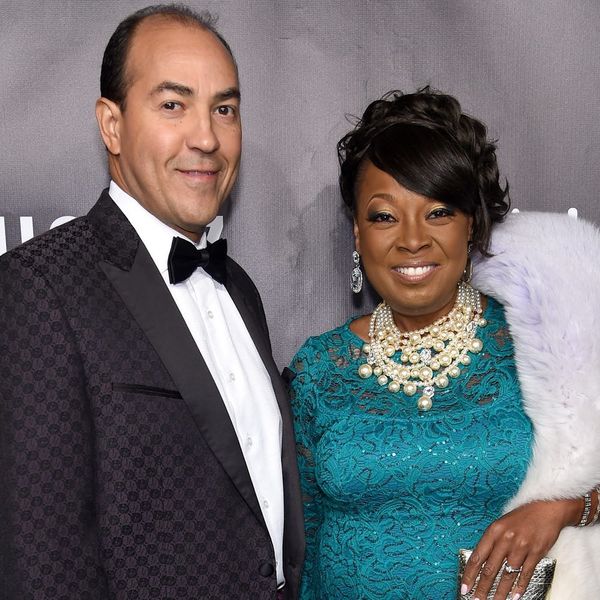 Congratulations are in order for Star Jones! The former co-host of The View just revealed that she’s happily engaged to her love of more than a year, Ricardo Lugo.

Jones, 55, shared the news with Us Weekly at the Angel Ball in NYC on Monday, October 23. In stark contrast to the last time she was engaged, though, she’s “[n]ot talking about it.” But the smiles on her and her fiancé’s faces — not to mention that sparkling ring we spot on her finger — say it all.

Dressing up for the #angel ball for @gabriellesangels is one of my favorite nights of the year! Time to raise some more serious money for #cancerresearch with my girl @nisijoy!

While we don’t exactly know how long the lawyer/television personality has been with her groom-to-be, the pair took their relationship public in July 2016, when they showed up together at the 8th Annual Children’s Museum of the East End Family Affair in Bridgehampton, New York. Since then, they’ve kept a fairly low profile (though they’re not shy about showing love on social media).

That’s basically the opposite of what we saw from Jones when she married investment banker Al Reynolds back in 2004. The ceremony was unlike any other, with a wedding party that included three matrons of honor, twelve bridesmaids, two junior bridesmaids, three best men, twelve groomsmen, three junior groomsmen, six footmen, four ring bearers, and four flower girls. Some 500 guests enjoyed a celebration that had more than 30 corporate sponsors, who donated wedding attire and merchandise in exchange for mentions in the media and on Jones’ website.

Alas, the marriage wasn’t meant to be, and Jones and Reynolds announced in March 2008 that they were divorcing.

Jones appears to be keeping things quieter this time around. In fact, she appears to have subtly hinted at her engagement back in June, when she posted this pic of herself wearing what looks like an engagement ring. “There appears to be a heatwave going across the Midwest,” she wrote at the time. “The extra heat is from the sun shining on my heart. The bells of happiness are ringing right now.”

There appears to be a heatwave going across the Midwest. 😜The extra heat is from the sun shining on my heart. The bells of happiness are ringing right now. 🛎🛎🛎🎊🎊🎊❤️❤️

Did you have (or do you want) a big wedding or a more intimate affair? Let us know @BritandCo!