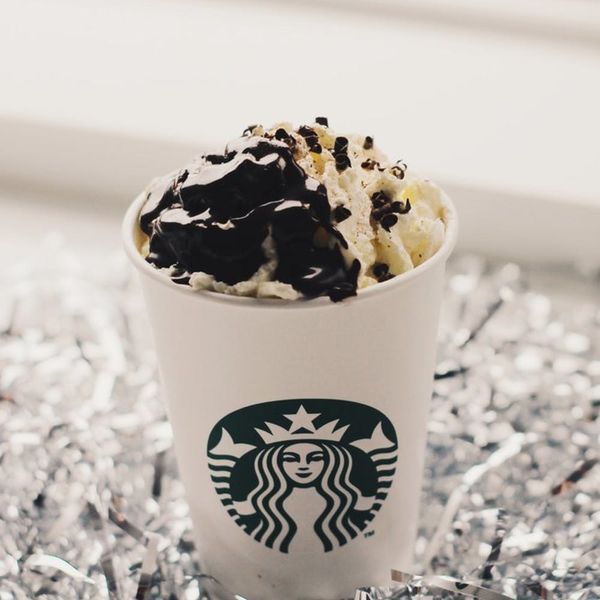 Starbucks really rocked 2016 right up until this last month of the year with their Baked Apple Latte and Snickerdoodle Hot Chocolate, not to mention their Fruitcake Frappuccino. And though we could have happily spent December sipping on those delights, Starbucks has decided to introduce three new yummy chocolate-filled drinks that will end your year off right.

The Tuxedo Beverage Collection is as deliciously delightful as the fancy name implies. Featuring three chocolatey delights, the only trick here is picking which one you’ll try first. However, we suggest the Tuxedo Mocha. Served hot or iced, it’s a blend of regular and white chocolate mocha with espresso that’s topped with steamed milk, whipped cream, mocha drizzle and dark chocolate curls. Mmm!

The Tuxedo Hot Chocolate is basically the same as the Tuxedo Mocha, but skips the espresso if you’re not in need of that added jolt of caffeine.

Starbucks Rings in the New Year with New Tuxedo Beverages. From now through January 1, customers can choose from a Tuxedo Mocha, Tuxedo Hot Chocolate or Tuxedo Frappuccino blended beverage at participating Starbucks stores in the U.S. and Canada. Click our bio link for full descriptions of these beverages. #starbucks #NewYear #newyearseve #2017 #tuxedo

Finally, the Tuxedo Mocha Frappuccino was the obvious addition to the trio. Regular and white chocolate mocha is added to coffee, milk and ice, then topped with the Tuxedo’s signature whipped cream, mocha drizzle and dark chocolate curls. OMG, need!

The yummy Tuxedo drinks are available now but will only be around until January 1, 2017, so be sure to try each one before it’s too late.

Which Tuxedo beverage will you be trying first? Tweet us @BritandCo!