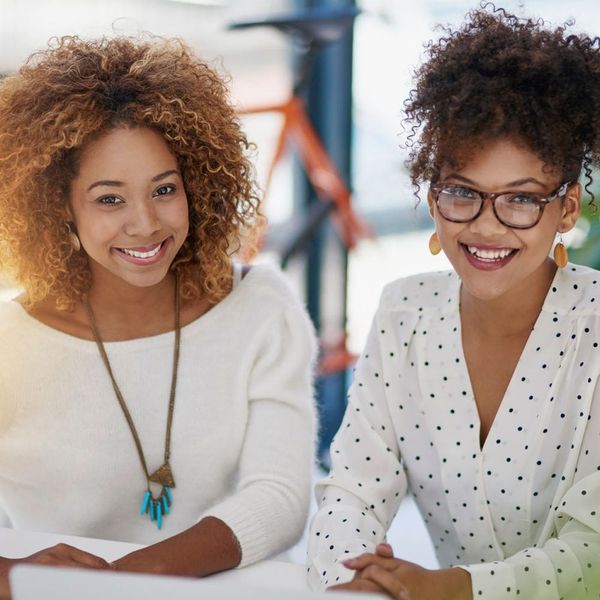 “I mean we make all decisions together creatively. I don’t think Sara gives herself enough credit. A lot of the great ideas on the show came from her. She’s a part of the creative process the whole time. She’s never excluded from anything. I mean I try to exclude her, but she gets herself back in.” That was Erin Foster on what it’s like to work with her sister Sara.

Are There Still Sibling-Owned Companies?

“Sisters compete on a number of levels: parental attention, academic performance, beauty,” Lois Braverman, resident of the Ackerman Institute for the Family, told Teen Vogue. “Historically, sisters have always been set up in some ways by the culture to be in competition. In the 1950s, it was about who had the better marriage. For young women today, there’s a tremendous amount of pressure to be both attractive and accomplished.”

But can sibling rivalry somehow evolve into a great relationship? According to the Family Firm Institute, a research group in Boston, only 30 percent of family-owned businesses make it to the second generation, 10 percent to the third generation, and three percent to the fourth. This doesn’t sound promising for sib partners. But Wayne Rivers, president of Family Business Institute in Raleigh, NC, an advisory firm for family-owned companies, told Businessweek, “Ten years ago, 25 percent of family businesses were partnerships. I would say [the number] is substantially larger today.”

Advice from Sisters Who Work Together

We decided to get the truth from a pair of sisters that have not only started a company together, but also live together. Melissa and Meghan Davis are the founders of GoEnnounce, a platform that gives students a voice about their education. Students can track and share their achievements and goals to help them access opportunities. They were recently named 1 of 9 EdTech Developments to note from SXSW EDU 2015 and were finalists for EdTech Digest’s 2015 Cool Tool Awards. They started the site as a hobby, as both pursued different careers (Meghan in event planning, and Melissa in film), but when the site started to gain major traction, they realized it could be a full-time gig.

1. Use your sibling relationship to your advantage. Melissa told Levo, “All the time we hear, ‘How do you live and work together? I could NEVER work with my sister/brother.’ But I’m used to working very closely with people on film projects in the past. I’ve often lived, during shoots, with those same people. Sometimes when you’re working so closely with people, there is this hesitation to say what you really think, in fear of hurting someone’s feelings, ruining the relationship and threatening the outcome of the project. But working (and living) with my sister is different. There is no hesitation when saying what I think, because she already knows my personality and won’t take it personally. It’s honestly one of the most comfortable working and living situations I’ve ever been in.”

Meghan echoed the sentiment. “I’ve been working with my sister since I graduated college, so it’s all I’ve ever known. I can’t imagine not working together. With life outside of work, it’s almost like flipping the switch when we walk out of the office. Our conversations so easily turn from ‘work’ to ‘real life.’ Of course, work things still come up outside of the office, but to people we meet outside of the office, we just seem like best friends.”

Plus, these sisters started their company while living in a 250 square foot apartment in LA, so we believe them when they say they can survive anything! But they did note that having two bathrooms is key to preserving a relationship (that’s probably one of the Olsen twins’ rules too).

2. Lose the competitiveness. They admit that their eight-year age difference helps eliminate sibling rivalry. Melissa says, “We are not competitive about work at all. Our personality differences definitely play a key role. We also respect one another’s opinion and aren’t constantly battling if our opinions differ on certain things. There’s no competition of having to be right all the time, as is sometimes the case with other co-founders. One of us usually concedes pretty easily by realizing the other’s idea/thought is better.”

Another advantage siblings who work together have is that whole communication without words thing (it’s very Escape to Witch Mountain). Melissa says, “At least two to three times a day, one of us will ask the other a question on the progress of something or what happened with this, and one of us can be heard saying, ‘that’s so weird; I just emailed them.’ I think that speaks to how strongly we both share the same vision. At the end of the day, because we are sisters, we aren’t going to let anything come between that relationship. But because we also share this same vision for the company, it’s about working together to achieve that vision, and doing what’s best for the company, not about competing and placing too much importance on your own pride.”

3. Lay ground rules. Are you thinking about starting a company with your sister or brother, or even just a little side project? Consider this advice: “We encourage all siblings that do have an idea or want to start a company together to take the leap, but not before laying ground rules for roles in the company first. Also, identify early your personality/skill strengths and weaknesses. This will help clearly define the roles in the company. Very early on we divided roles, to not step on each other’s toes.”

Would you ever start a business with your sibling? Tweet us @BritandCo and let us know!

(This post was previously published on Levo League by Meredith Lepore. Photos via Getty)