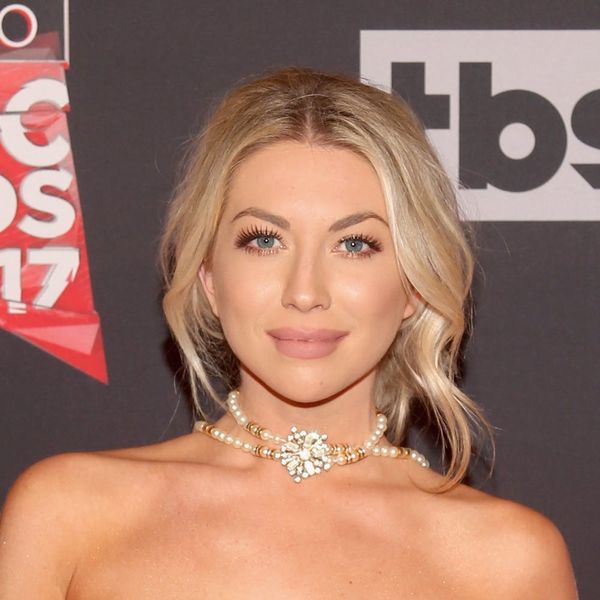 Stassi Schroeder is issuing an apology for comments she says “crossed the line” in a recent episode of her podcast, Straight Up With Stassi.

The Vanderpump Rules star found herself in trouble with listeners and advertisers including Rent the Runway, Simple Contact, Winc, and Framebridge this weekend following statements she made regarding the #MeToo campaign.

We’re shocked by @stassi's comments re the #metoo campaign. It goes against everything RTR stands for as a company and has publicly advocated. Our 1st ads were slated to run on Mon but effective immediately we’ve terminated our relationship with her podcast.

In an episode titled, “Are We on a Male Witch Hunt?” the reality star, 29, expressed her anger over recent sexual assault claims she insinuated may have been made made to avoid embarrassment over lapses in judgement years prior, saying that plenty of women would be “willing to go to that hotel room.” I’ve been reading all these stories of women who were maybe were making out with this person, and then they were forced [to perform sexual acts],” she said. “I’m like, wait, sounds like he thought you liked it, because you were making out with him, but now, years later, when it’s now a trend to say #metoo, you’re gonna come out and say that you were sexually assaulted?”

She also spoke out about how would-be victims could potentially avoid such a situation (“It’s the easiest thing to just be like, no”) in an effort to maintain her stance that claims which might turn out to be false were not only taking away from real victims of sexual assault, but ruining the lives of innocent men who were being accused without warrant. “To the victims, we’re on your side… But we don’t know the truth about so many of these things.”

We are terminating our relationship w/ @stassi in response to her damaging & insensitive comments about the #metoo campaign. Winc & our employees stand firmly against any form of harassment & will not tolerate this. Thank you for your patience. :heart: to our audience & members! https://t.co/wPx1CSx4Kb

After much backlash, the above-mentioned advertisers immediately terminated their relationship with the star, saying that her opinions did not reflect that of their brands.

While Schroeder initially defended her point of view, even going so far as to retweet a fan who posted a meme of her slapping former castmate Kristen Doute and suggesting that she “slap away the haters,” she has since issued an apology for her words.

“My podcast is an outlet for me to share my unfiltered opinion with listeners; but in my latest episode I crossed a line,” she wrote. “It was irresponsible of me to make generalized statements about a very serious topic, such as sexual harassment, as it is not my place to speak about anyone else’s experiences. I apologize. I will continue to speak my mind in my podcast, but will put more thought behind my dialogue going forward.”

These 24 hours have been sobering: I want to share your stories on my podcast: on either side, being accused of something you didn't do or being victimized & left helpless. Let’s discuss it all. Stassi@juststassi.com

I actually listened to @stassi podcast and can’t wait for her new one.
Way disappointed in the sponsors that went public without knowing her true POV.
😘👊🏽

She also retweeted several messages of support she received from Doute, as well as one from singer Jordan Pruitt.

What do you think of Stassi’s apology? Share with us @BritandCo.

Nicole Briese
Nicole is the weekend editor for Brit + Co who loves bringing you all the latest buzz. When she's not busy typing away into the wee hours, you can usually find her canoodling with her fur babies, rooting around in a bookstore, or rocking out at a concert of some sort (Guns N' Roses forever!). Check out all her latest musings and past work at nicolebjean.com.
Celebrities
Current Events
Celebrities Controversy