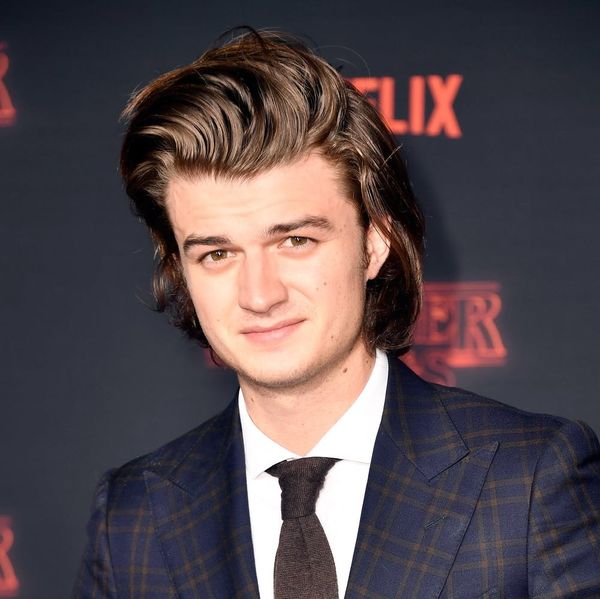 Season two of Stranger Things was so spine-chillingly creep-tastic that we’re already looking forward to the third season. But while we wait to see what’s next for our favorite ‘80s-era group from Hawkins, one particular fact has come to light that’s definitely upsetting. Joe Keery has just revealed that his character, Steve Harrington, was originally suppose to sexually assault his girlfriend Nancy.

Sitting down for an interview with GQ to talk about things like his epic hair and what it’s like to portray a teenager when he’s, in fact, a 25-year-old man, Keery confessed that there was once a much darker side to Steve, the dude who went from a stereotypical high school jerk to a Demodog-fighting hero.

In a section aptly titled, “Steve Harrington Was Supposed to be Even More of a Dick,” the actor admits that when he first got the script for the series, “Steve was definitely a little harsher.” Keery explains, “[Steve] was having this party [in the script] — I think it was on a beach, because it originally took place in Montauk, Long Island. And he was a total, total dick. He forced himself on Nancy. Way harsher.”

While we don’t know for sure why that scene was taken out, Keery implies that he may have had a different vision for his character than the show’s creators. “I think the Duffer Brothers were up for incorporating ideas we would have into the characters, and I had an instant idea what Steve would be like,” Keery said. “I based it on people in my life, and characters that you see in those movies.”

He added, “In my mind, I think [Steve] has qualities that make him sort of a jerk. And aloof. And maybe not the most intelligent guy. But at the end of the day, I think he really does mean well.”

We’re certainly thankful that a rewrite was undertaken. Frankly, it’s already hard enough to deal with the rage-filled Billy and his horrible dad on the hit Netflix series.

What do you think about the fact that Steve was originally supposed to force himself on Nancy in Stranger Things? Let us know @BritandCo!