No Football, No Prob: 12 *Other* Things You Can Watch on Super Bowl Sunday 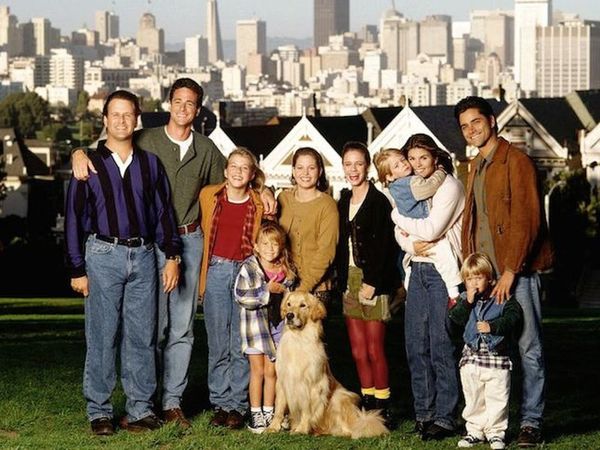 Folks, it’s almost that time of the year again. While Super Bowl Sunday is fast approaching, we totally understand that four hours of football isn’t exactly everyone’s cup of tea. Luckily, there are plenty of other programming options that don’t involve the Patriots and the Seahawks. Kick back, enjoy your pizza and wings and tune in to one of these 12 Super Bowl alternatives.

1. Puppy Bowl: Two words: cute pups. If that’s not enough to convince you that the Puppy Bowl XI reigns supreme, then we don’t know what will. Don’t miss your chance to cheer on either Team Fluff or Team Ruff from 7 to 9pm on Animal Planet. (via Animal Planet)

2. The Help: This Academy Award-winning drama about a pair of maids dealing with racism during the Civil Rights era is a worthy substitute for the Super Bowl. Starring Emma Stone and Octavia Spencer, The Help airs at 8pm on TNT. (via DreamWorks Studio)

4. The Kitten Bowl II: Calling all self-proclaimed crazy cat ladies: We’ve found the purr-fect match for you. Tune in on Super Bowl Sunday starting at noon for this three-hour Hallmark Channel Original Special. May the MVK (most valuable kitty, that is) win. (via Hallmark Channel)

5. Full House: Be honest, when was the last time you tuned into Full House? It’s classics like these that make skipping out on the Super Bowl actually acceptable. For your nightly dose of Michelle Tanner and the gang, watch Nickelodeon from 8pm to 10pm. (via ABC)

6. Law & Order SVU: If you’d rather bury your nose deep in heavy-duty crime investigations, then this marathon of Law & Order is for you. Tune in to USA from 11am to 11pm for all the SVU drama… and then some. (via NBC)

7. 30 for 30: For a sports fix other than the Super Bowl, don’t hesitate to check out a mini marathon of ESPN’s critically-acclaimed documentary series “30 for 30.” Catch back-to-back episodes starting at 6pm. (via ESPN)

8. Star Trek: We know we aren’t the only ones who missed out on this 2009 remake of Star Trek starring Chris Pine and Zoe Saldana. If sci-fi films are your fave, then beam over to the FX Movie Channel at 7pm. (via Paramount Pictures)

9. Walking Dead: Before the walkers return on February 8, get reaquainted by watching Seasons 1 and 2 of Walking Dead, starting bright and early on Sunday morning and continuing next weekend through the mid-season premiere on AMC. (via AMC)

10. Back to the Future: It’s been 30 years since Marty McFly took a trip back to ’55 and up to 2015. While there may not be hoverboards (yet), you won’t want to skip out on his trip back — or rather, forward — in time. Watch it on ABC Family starting at 7pm. (via Universal Pictures)

11. Marley & Me: Cue the popcorn and M&M’s, we’re dubbing Super Bowl Sunday a bonafide movie night. For a family-oriented flick or lighthearted comedy, this evening showing of Marley & Me at 7:30pm on FXX is just for you. (via Fox 2000 Pictures)

12. Real Housewives of Atlanta: Truth be told, we’ve lost track of how many seasons of Real Housewives there have been, which is all the more reason to catch up with Bravo’s marathon. You can watch these fab ladies from 11am through midnight on Bravo. (via Bravo)

What will you be tuning in to on Super Bowl Sunday? Tell us in the comments below!