Target Is Making a Major Store Change That You’ll Love 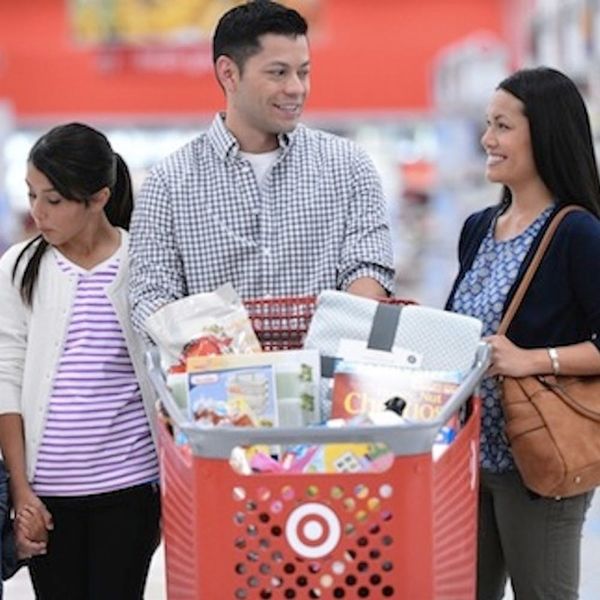 Target, oft pronounced Tar-Jay when you’re feeling fancy, is a store we can spend hours in. They have cool collabs with designers, swoon-worthy plus size clothes and Lilly Pulitzer swag for days, but their latest move might be even better than anything we’ve ever put in our red cart.

Recently our go-to store did something really cool to reflect how our ideas about gender are changing. On August 7, Target announced via their blog (It’s called What’s in Store… pun point: Target!) that they would be changing the signs in their locations so that certain departments are no longer gendered. “In some cases like apparel where there are fit and sizing differences it makes sense (to have gendered signs),” but in others, like bedding and toys there’s really no reason to label products as ‘boys’ or ‘girls.’ In the Toys aisles, we’ll also remove reference to gender, including the use of pink, blue, yellow or green paper on the back walls of our shelves.” The Co adds that these changes will be made in all stores in the months ahead.

While some of the feedback on Target’s Facebook page is… um… less than enthusiastic about the switch, Target is not the first (in the world at least) to make this switch. The store is joining others (like British chain Tesco and Toys “R” Us in the UK) deciding to stop gendering their advertisements and signage, many in response to the Let Toys Be Toys campaign. Recent studies have suggested that “gender coding” in marketing can be harmful or limiting, especially to young girls and women. That means a change like this has the potential to make a serious impact in early STEM influences from a pre-school age. In light of all that it seems pretty important that a major store like Target is making this move towards gender neutrality.

If that doesn’t make you a believer in the need for change like this, this video of a little girl ranting about princess toys just might.

Is this Target move revolutionary or unnecessary? Share your thoughts in the comments… but be kind to your fellow commenters!

Molly Sanchez
Molly Sanchez is a writer, comedian and lover of burritos everywhere. She has written for The Bold Italic, Liquid Bread, Thrillist and HelloGiggles. She devotes her time to Bloody Mary research, exploring San Francisco and promoting wide spread shower beer awareness and appreciation. Find her on Twitter @seriousmolly trying to get famous people to laugh at her jokes or on Instagram @mollyfuckingsanchez where she swears a lot.
Shopping
Home News
Shopping target toys
More From Home News