Taylor Swift Donated More Than $15,000 To Help With a Fan’s Family Medical Bills 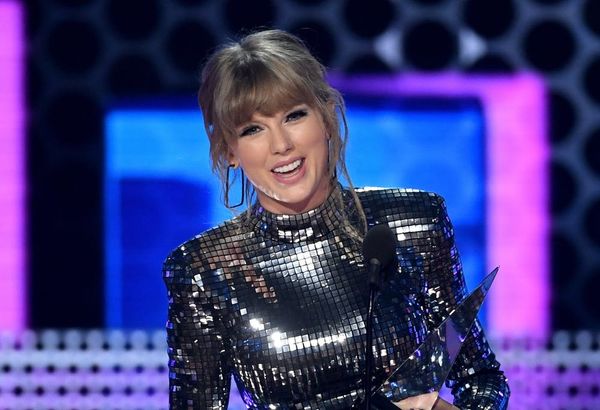 Taylor Swift is known for frequently making monetary donations to people and causes, most recently giving a generous amount to a fan whose mother has been in a coma for several years.

“My mom has been in a coma for three years now,” Sadie Bartell, who is an active member in Swift’s online fan community, wrote on Twitter earlier this month. “She had an ulcer that bled out that led to lack of oxygen to the brain which resulted in brain damage. We take care of her at home full time … My dad is unable to work because he has to always be with my Mom. My older brother and I have to provide for our family. My family is in trouble.”

The 19-year-old went on to say that, while she was reluctant to ask for help, she felt she had reached her “breaking point.” The only thing getting her through it, the full-time student said, was getting to see Swift’s 1989 tour just two days after her mother fell into the coma. “I’m grateful to Taylor for keeping me afloat through it all,” she wrote.

Weeks later, on October 20, Bartell updated her Twitter account to reveal that Swift had quietly donated $15,500 to family’s GoFundMe page. The singer signed it, “Love, Taylor, Meredith, and Olivia Swift.” Many more donations have come in since Swift’s gesture, raising the family’s total to more than $26,000 at the time of writing.

Bartell and her fellow Swifties seemed unable to believe that the singer saw the plea and helped out. “Wait wtf Taylor really actually donated to me and followed me and liked my thank you to her,” she wrote. “Like that actually happened, it’s my life, it’s real.”

Bartell also posted about the donation on Facebook, writing of Swift, “She shows up every time I need her. She always has and she always will. I wish that I could express how much it means to me that ANYONE has helped my family over the years, let alone Taylor. She is the light at the end of the tunnel and is truly the best thing that has ever happened to me. I will never be able to comprehend this. She is a miracle in herself. She just gave my family exactly what we need to carry on.”

Are you surprised to see that Taylor Swift donated to a fan’s family? Let us know @BritandCo.