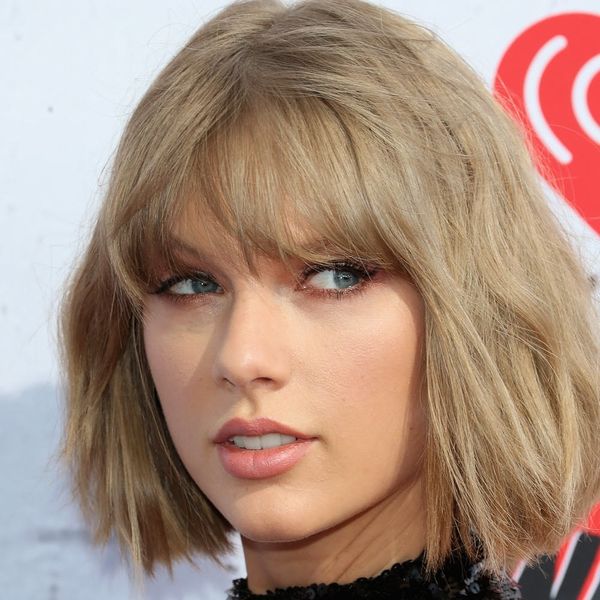 Recently, we were treated to Taylor Swift’s installment of Vogue’s 73 Questions, a feature that sees a celebrity answer questions while walking around their homes. (Surprise! Taylor‘s is very, very nice.)

And throughout the piece, she mentions an olive tree that boyfriend Calvin Harris planted in her yard. She talks about making a dairy-free, gluten-free chocolate cake. She says she likes to drink vodka and Diet Coke (gross). But she doesn’t give us the dirt. And because I feel personally owed the details of this stranger’s life, I came up with five things I would personally like to know. (And I bet you would also like to know.)

So let’s do this.

1. So are she and Calvin Harris getting engaged or what? I mean, are they? Is that what the olive tree was about? Or, did they get into a fight and he subsequently offered her an olive branch? Is that what happened? Are they secretly engaged now? I don’t know why they would be because their relationship is everywhere all the time, but that would be crazy sneaky and I’d respect them both for it. But I mean, is this is? Is Taylor Swift going to marry Calvin Harris? Is that the thing that will define our young lives? I work on a need-to-know basis, and I 100 percent need to know.

2. Why couldn’t we go upstairs? Guys, you know the best part about a house tour is seeing the entire house. We didn’t even get to see the inside of the house. We saw the kitchen and three rooms and like, the back porch. I want beds. I want bathrooms. You can truly tell everything you need to know about a person by their bathroom. Does she have a basement? I want to see that too. What about the TVs? What does the staircase look like? Where are all these guitars she has? Bringing me to my next question:

3. How do you lose track of how many guitars you have? I thought about this because I think most of us can equate a guitar collection to a collection of shoes. And admittedly, I do not know how many shoes I have. But I feel like I would know how many guitars I have. I feel like guitars are actually like computers. Also, where are all these guitars? And why so many? I want to know all about Taylor Swift’s relationship with her guitars. I want to know when she got her second one and when she realized she was ready to move on from her first one and why and when she decides to try another one. I want to know if they’re in a special room (probably one we did not see), and I also want to know why she only has like, one in her music room.

4. Why didn’t she bake for us? I want to see Taylor Swift, a woman who loves baking, to bake for us. I want to see her make that gluten-free, dairy-free cake, and I want to see what it looks like and if it’s good. Also, is she a chill baker? When I bake, I get very stressed out and it’s very unfortunate for anybody who’s around me. Is Taylor Swift that way? Is she a zen baker? Is she someone who quietly puts around the kitchen? Or is she a stress-mess? I mean, I have no expectations but you and I know deep down that we would really like to see her in action, attempting to navigate the ins and outs of a recipe. If you’re going to tell everybody that you bake, then when you invite Vogue into your home, please bake. Let me see how you roll (the dough). Let me live vicariously through this. Let us all.

5. Do you think Harry Styles has been over?

JK JK JK I’m just kidding. No I’m not, but now that I’ve mentioned it, aren’t you wondering? Like, did Harry ever hang out there? What do you think Harry’s doing right now? I’m kidding: but “Style” is obviously written about him, right?

5. Is “All Too Well” written about Jake Gyllenhaal or what?

I mean, it obviously is, but is it? Is it really? Did anyone else feel like she was about to spill the beans when saying it was a hard song to write? Was Jake ever over? Did they dance by the refrigerator light? Just tell us, Taylor! You have an olive tree now!

5. (For real). Will the interior design of her home change now that her style has? I know this sounds ridiculous, but think about it: any time we’ve gone through an aesthetic change, we tend to change up the decor. And now that Taylor Swift’s living her best goth life, you can’t help but wonder her house might undergo a facelift as well. I mean, right? Which also leads to me asking this: where is her taste from? Why is it so grown up? Is this what her parents’ home looks like? Why didn’t we get to know about why she’s chosen so many earth tones? Is the whole house coordinated? Will she still feel at home there while she’s alt? Where did she get her throw pillows from? Would she think our taste in decor was okay? Is she someone who makes you take your shoes off or can you put your feet up on the couch?

Basically this is me just hoping Taylor Swift will read this and invite us all over. Because if we can’t get an engagement answer, we deserve our own chocolate cakes, eaten while sat on Taylor Swift’s very fancy couches.

What did YOU want to learn from Taylor Swift’s Vogue interview? Tell us everything @britandco!