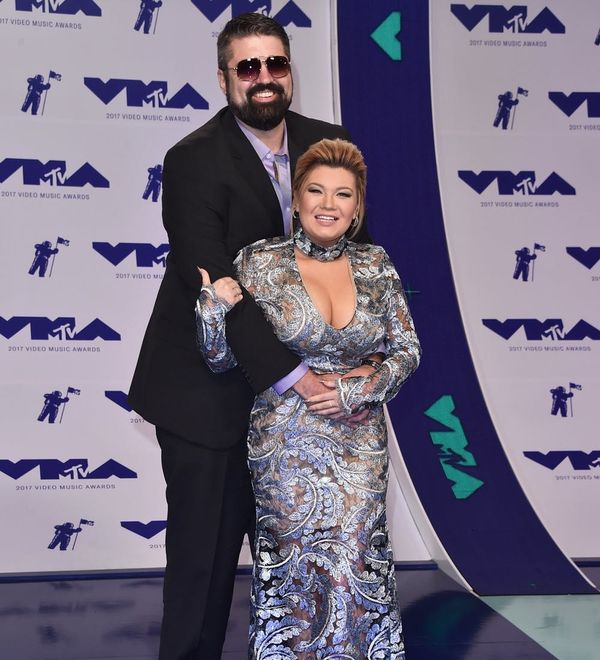 The Teen Mom OG family is expanding! Original series star Amber Portwood has made the happy announcement that she and boyfriend Andrew Glennon will welcome their first child together.

The reality starlet confirmed the news to US Weekly, admitting that while she was initially “a little scared,” her fear quickly turned to excitement. “I just kind of sat down and thought about it and realized that it was a big step in my life, and it was a good thing actually, and I was happy in about 30 minutes,” she told the outlet.

She also shared her expectant status with fans, uploading a shot of a beach with the words, “We’re pregnant” carved into the sand.

Thank you everyone for all the kind words😊 I'm very excited for my future with Andrew and our little family we are starting together! Love always 💖

“Thank you everyone for all the kind words,” she wrote. “I’m very excited for my future with Andrew and our little family we are starting together. Love always.”

The news likely came as a shock for fans of the show, with Portwood, 27, previously stating that she didn’t plan to have more children due to medications she was taking for her borderline personality and bipolar disorders.

Now, she tells US that she’s no longer taking meds following a split from her ex fiancé, Matt Baier. “I wanted to see if I was just unhappy because of the things that were going on in my life at the time with him, and I realized after weening myself off I am actually okay. It’s manageable as long as you have a healthy lifestyle and healthy people around you.”

That includes Glennon, who the mommy-to-be met while filming Marriage Boot Camp with Baier, as well as Portwood’s eight-year-old daughter, Leah, with ex Gary Shirley.

Congratulations to the expecting mommy!

Who’s your favorite Teen Mom alum? Sound off over @BritandCo.