Thanks to Serena Williams, Moms in Pro Tennis Now Have More Rights 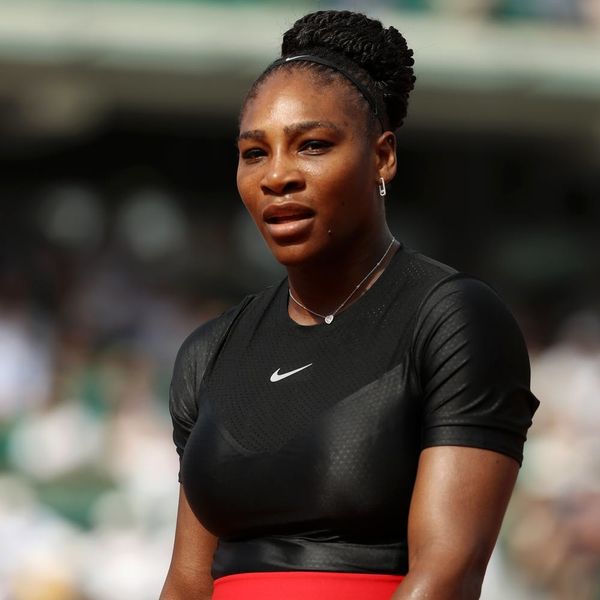 Thanks to Serena Williams, one of the best tennis players in the world, new moms in pro tennis will now have more rights once they go back to work after having a baby.

Williams, who has been famous for her athletic prowess since she was a teen, made headlines for her personal life in 2017 when she gave birth to her daughter, Alexis. Williams later opened up about how she suffered major complications during labor, and how she had to advocate for herself with her doctors in order to save her own life.

After that harrowing ordeal, Williams was banned from wearing a medically necessary compression garment at the French Open. There was significant outcry from tennis fans concerned about the treatment of Williams by the Open, particularly given that tennis officials and commentators have often been much more critical of Williams than her white and other non-Black peers. Many noted that Williams is the best player in the sport, and alleged that racism and/or sexism against Williams was at least partially behind the French Tennis Federation’s decision to bar her from wearing clothing that she requires in order to maintain her health.

French tennis officials singled out Williams’ compression outfit (the “catsuit,” as it was called) in discussing a crackdown on the dress code for the competition. Williams noted that while she loves the look of the suit, she also needs it. “I had a lot of problems with my blood clots, and, God, I don’t know how many I have had in the past 12 months. So it is definitely a little functionality to it,” Williams said of her compression outfit at the time of the competition this past summer.

WTA rule changes for 2019
• # of tourneys using SR moved from 8 to 12
• Rules introduced for SR related to pregnancy
• Main draw singles players who withdraw b/w start of qualies & their R1 match, eligible to receive 100% of R1 💰
• Leggings/compression shorts may now be worn pic.twitter.com/nPrk7KYyC2

After all of that, the Women’s Tennis Association updated its rules for 2019 last week, and included language that specifically references “leggings/compression shorts,” which are now officially permitted. After all, Williams is not the only new mom who needs to wear compression gear in order to stay alive and well, so the rule change has the potential to benefit every new mom in pro tennis this coming year. Williams herself even said that she wore the catsuit for “all the moms out there.”

HuffPost reports that the French Open may still ban compression garments, despite the fact that some women in the sport need them. But the new rule change, prompted by Williams’ advocacy for herself and other moms in tennis, will enable women to wear compression garments without fear of reprisal in Women’s Tennis Association tournaments in the coming year.

Thanks in part to Williams, the WTA is also making changes to allow returning mothers up to three years after the birth of a child to take advantage of a special ranking to be allowed into tournaments. In the past, that special ranking provision was only available within two years of her last competition in the event of a maternity leave or injury.

Elizabeth King
Elizabeth King is a politics, history, and culture writer based in the Twin Cities. She is generally pretty cranky but still enjoys traveling, music from the early 2000's, and plotting the resistance. Feel free to say hi on Twitter at @ekingc or check out some of her work at www.elizabethcking.com.
Celebrity
Womens Health
Celebrity Controversy New Moms Womens Health