This Little First Aid Kit Will Help You Save the Bees 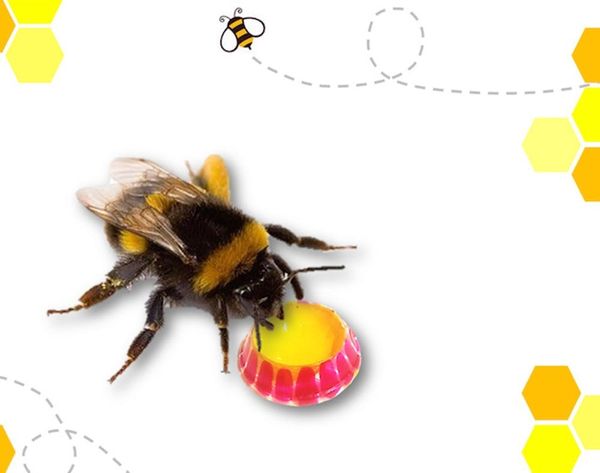 We love bees. We need bees. And they need us to start saving them, so Italian designer Hady Ghassabian created a simple solution to help anyone (even you!) rescue these little buggers. “Often I run into bees collapsed as if they were dead,” he tells Fast Company. “I had read that many of these bees are not really dead, and with a bit of water and sugar, they can be reinvigorated, but I did not give much thought to the issue until a trip to the park with my little brother when we found a bee on the ground. I gave some fruit juice to the bee, and under the astonished eyes of my brother, the bee began to fly.”

First of all, amazing. Second of all, that experience spurred the creation of The Bee Saver, a keychain gadget that holds a container of artificial nectar. Ghassabian worked with beekeepers to develop a safe artificial nectar for worn-out bees who fly miles and miles from flower-to-flower. If you see a bee in need, you simply set the device next to the bee. If all goes well, the bee will be attracted to the flower-like appearance of the keychain, take a sip and fly back home to its hive.

Unfortunately, the product is unlikely to make a dent in the larger colony collapse phenomenon, but Ghassabian is hoping it will bring awareness to these greater challenges and give us humans the tools we need to help just a few of these vital creatures make it home. He’s planning to run a crowdfunding campaign to get production started. Details about that aren’t available yet, but if you like the idea, we hope you support it. We know we will.

Are you as terrified of disappearing bees as we are? Let us know in the comments!

Annie D'Souza
Annie is the founding father and editor-in-chief of The Midwestival and a long-time jean-on-jean enthusiast.
Design
Health
Design