The BritList: Peeps Minis, Just Pug It and More 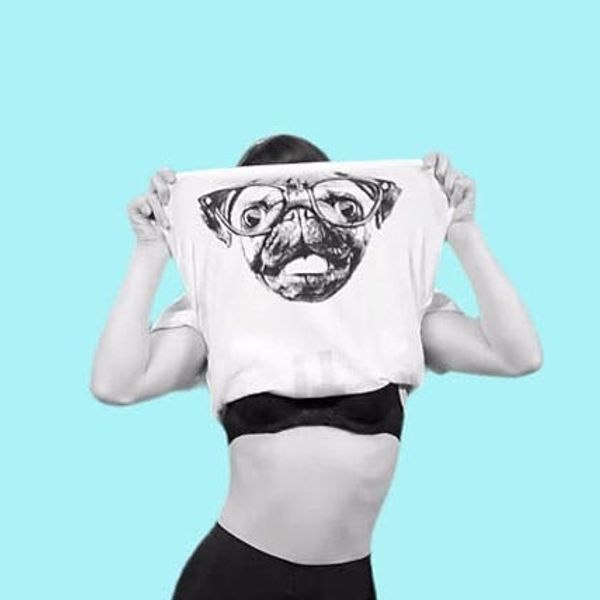 Good morning! We are excited to usher in a weekend that includes lots of World Cup games, the official start of summer and maybe some watermelon pop tails because it’s Friday, yo! Before we get too crazy though, we’re here to serve up a collection of the weird, the wild and the wow-worthy.

1. Celebrities for Breakfast: Adele, MJ, Bruno Mars and Audrey Hepburn all look… good enough to eat? As morbid as it is, we’re all about this series.

Because Easter Peeps are just NOT enough, they’ve just launched a year round collection of minis. As much as we love Peeps references and weird ways to repurpose them, who is actually eating these things?

3. Musicians as Buildings: This series by Federico Babina reimagines iconic musicians as buildings. Our favorite is definitely the King of Pop!

5. Exclusive B+C Hand Poured Candles ($48 for 3): We partnered with Greenmarket Purveying Co. to create our own collection of hand poured candles. North Woods will make you feel like you’re frolicking in the forest, Sea Salt is decidedly beachy and the Lavender is the ultimate in relaxation.

6. Paper Jam Press Clothing: We’ve obsessed over prints by this company before, and now they’re delving into clothing. Love it.

7. Kate & Cat: This series of photos captures Kate and her two kitties through the years — we love the whimsical sets juxtaposed with a serious black and white palette.

9. Oon Power Outlet ($79): In case you missed it, meet the most beautiful power strip in the world.

10. Just Pug It: It’s a t-shirt that reveals a pug when you pull it up over your head. You totally need that, right?

The Unauthorized Saved By the Bell Story

This Labor Day weekend, Lifetime is airing a new, behind-the-scenes tell-all about our favorite clique from Bayside High, with a cast of newcomers playing the actors we’ll forever refer to as Zack, Slater, Screech, Kelly, Lisa and Jessie. We’re so excited… we’re so scared.
Anjelika Temple
As Co-Founder and Chief Creative Officer of Brit + Co, Anjelika Temple brings her voracious consumption of all things creative and colorful to DIY projects, geeky gadgetry finds and more. When she's not DIY-ing her heart out, you'll find her throwing dinner parties with friends or adventuring with her husband David, their daughters Anokhi and Indira, and their silly dog Turkey.
BritList
Home News
BritList
More From Home News