This Is the Secret Behind All Your Favorite Animal Videos 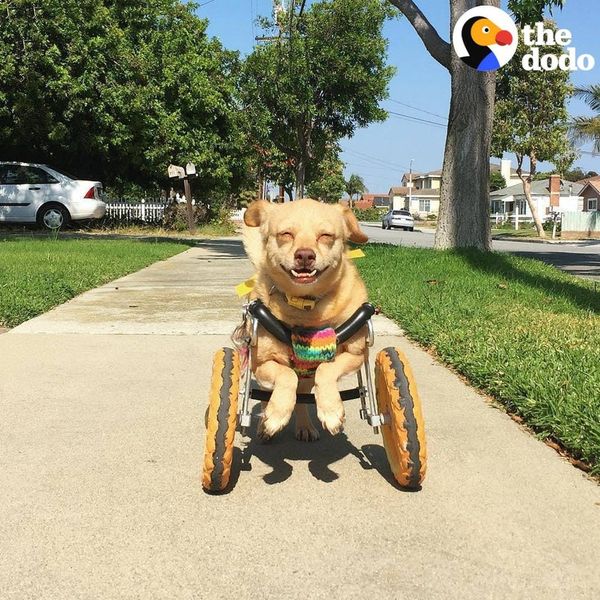 Izzie Lerer has no problem admitting that, sometimes, she prefers spending time with animals to spending time with other people. “I’ve always been really obsessed with animals,” she says. “Since the time I was really little, they’ve been a big part of my worldview.” Lerer brought her love of animals to college, taking an interest in animal ethics as she studied philosophy during her undergrad years. While pursuing her PhD in the subject at Columbia University, she began to notice the rise of short-form video content shared via social media — in particular, animal videos.

“I saw that nobody owned the space and that there was a big opportunity to drive the conversation and be the one serving this big audience,” Lerer says of the trend, which began to spark her imagination in 2012. Simultaneously, she tells us that she began to notice an uptick in interest among the general public in animal welfare and animal rights.

Together, these factors were her inspiration for The Dodo, a content creation company geared specifically toward “animal people.” According to Tubular, The Dodo is now ranked sixth in viewership across video publishers worldwide. In total, videos released by The Dodo garner more than two billion views monthly, and each video attracts an average of 320,000 engagement actions (comments, likes, shares). And if you’ve teared up over an animal video recently, there’s a good chance you’re already quite familiar with The Dodo.

“The idea for the company came in creating a brand for animal lovers that was sensitive to a mission and connected to a cause, but that was also taking advantage of the big business opportunity afforded by the viral potential of animal content on social [media], specifically,” Lerer says.

Enter YuJung Kim, now president of The Dodo, who says she was attracted to the business potential of the company — along with its animal-focused mission — when an investor introduced her to Lerer in the early days. Soon after meeting, Lerer and Kim discovered that they’d actually lived in the same college dorm (at the same time!), but had never crossed paths. “I knew I was a hermit, but it really validated the fact that I was a hermit,” Lerer says of the revelation with a laugh.

Together, Kim and Lerer have led The Dodo to become a pioneer in video content. After going “all in” two years ago, they say they were “ahead of the digital media publishing curve,” developing content at a rate that now averages about 200 videos every month. Some of The Dodo’s videos are created using footage from the company’s partners, while others use video shot by an in-house team. Every adorable or heartwarming video you see on social media from The Dodo is curated and edited by its 25-person production department.

Finding the right animal stories to showcase in these videos is a major priority for The Dodo. The best stories, Lerer says, are those that are both visually compelling — featuring animals that are expressive and quirky — and emotional. “We like to tell a whole narrative, to put the animal in the role of protagonist as a character that you get to know the way you would with a human protagonist,” she tells us. “You follow that animal on some kind of journey.”

Ultimately, the species of the animal is less important than the narrative arc. While Lerer says that videos featuring animals who look more like people (specifically, human babies) tend to perform especially well, all content has the potential to get tons of attention as long as it tells a compelling story. Given the largely negative tone of social media these days, videos like those produced by The Dodo are a welcome respite.

Kim says that the level at which even the youngest social media users are engaging with more meaningful content makes her optimistic about the future. Teens are using Snapchat, she says, to explore stories about the world around them and trends in the news. This is a good sign that people will continue to be interested in Dodo content, which, while often adorable, also leaves viewers with something to think about.

“That combination of feeling like something is so much like us and so relatable, but far enough away from us that it’s so fascinating — there’s nothing else really like that,” says Lerer. “I think that’s what people love about watching animals.”

(Photo via The Dodo)

Alli Hoff Kosik
Alli Hoff Kosik is a freelance writer who is passionate about reading, running, rainbow sprinkles, her lipstick collection, watching embarrassing reality TV, and drinking pink wine. She lives in Brooklyn with her husband and (in her dreams, at least) three golden retriever puppies. Listen to her talk books on The SSR Podcast.
Animals
Creativity
Animals
More From Creativity