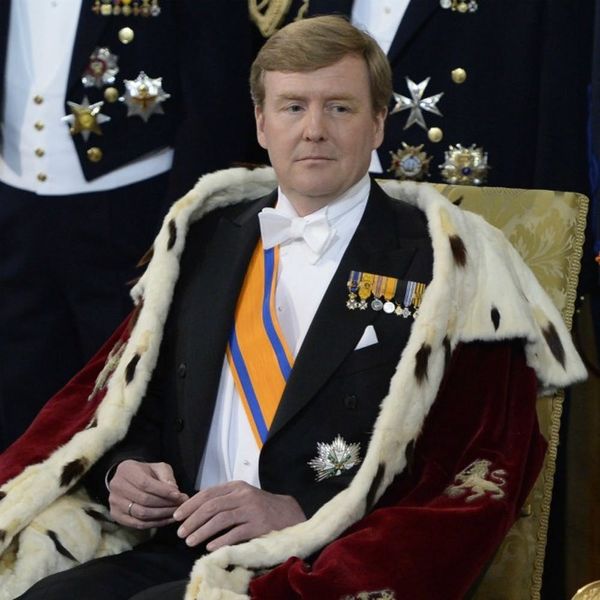 Talk about the ultimate part-time job. In modern times, royals tend to “work” in their youth. Prince William has been a search-and-rescue pilot, and his brother, Harry, was an Apache helicopter pilot while a soldier. Even Queen Elizabeth was a mechanic during the Second World War. But none of these jobs even come close to Dutch King Willem-Alexander, who has secretly been a commercial airline pilot for 21 years.

The popular King of the Netherlands has spoken in the past about his love of flying, which has been no surprise for the Dutch or Dutch royal watchers. What is surprising is that he has been secretly working as a co-pilot on KLM’s “Cityhopper” flights twice a month for the last 21 years.

In an interview, he admitted that he’s rarely been recognized over the years and even after becoming King in 2013 (after his mother stepped down), he continued on because flying allows him to shrug off the high-stress life of a monarch. “For me, the most important thing is that I have a hobby for which I need to concentrate completely,” the royal said. “You cannot take your problems from the ground to the sky. You can for a brief moment disconnect and concentrate on something else. That’s the biggest relaxation to flying for me.”

King Willem-Alexander of #Netherlands was 'guest pilot' for KLM https://t.co/A3htSeZMS0

While the King has no plans to quit his day job, he’s been training to fly larger commercial planes, since the small Cityhoppers he’s been flying for 21 years are being decommissioned.

Have you ever had a fun side-hustle? Tell us @BritandCo!