This Is What Queen Elizabeth II Looked Like As a Toddler 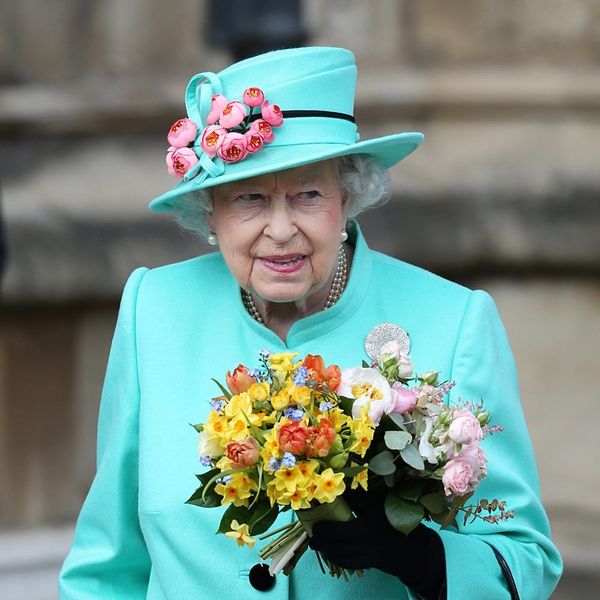 The monarch turned 91 years old today (though you’d never guess it from the snaps of her taken on Easter Sunday, looking as shrewd as ever), and to celebrate, the Royal Family shared a throwback shot of the Queen Mother like you’ve never seen her on its Instagram page.

Happy Birthday Her Majesty! As The Queen turns 91 years old today, we wanted to share a rare photograph of Princess Elizabeth (as she was known then) as a young child. The two year old princess is pictured waving from her a carriage as it drives through London in 1928. 📷PA

“Happy birthday Her Majesty!” reads the caption. “As the Queen turns 91 years old today, we wanted to share a rare photograph of Princess Elizabeth (as she was known then) as a young child.”

Even then, Queen Elizabeth seemed destined for royal greatness, raising her little hand to greet what were surely her adoring fans. “The two-year-old princess is pictured waving from her carriage as it drives through London in 1928.” Wow!

On The Queen's 91st Birthday the Irish Guards play 'Happy Birthday' during Changing the Guard at Buckingham Palace.

89 years later (and one year after her first Tweet), the Irish Guards Band are blowing their horns to the tune of “Happy Birthday” to wish the now-ruler (the oldest living monarch there is) a great one.

Perhaps, should you snag the open gig as her “curtain maker and soft furniture upholsterer” that’s up for grabs, you can wish her a happy belated in person too?

Are you surprised to see the Queen as a babe? Tell us over @BritandCo.

Nicole Briese
Nicole is the weekend editor for Brit + Co who loves bringing you all the latest buzz. When she's not busy typing away into the wee hours, you can usually find her canoodling with her fur babies, rooting around in a bookstore, or rocking out at a concert of some sort (Guns N' Roses forever!). Check out all her latest musings and past work at nicolebjean.com.
Birthday
Pop Culture
Birthday Royal Family
More From Pop Culture