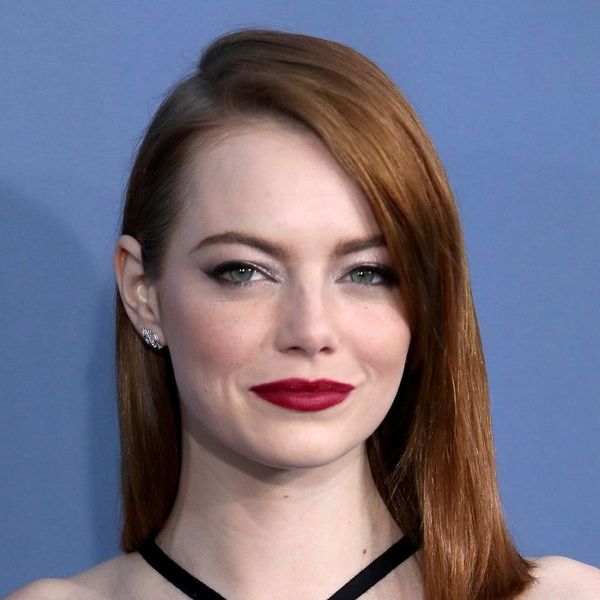 While we can’t wait to see Emma Stone take on the role of creep-tastic Cruella De Vil, she’s currently basking in the old-Hollywood glam of her new “romantic musical comedy-drama” La La Land. Dazzling fans with co-star Ryan Gosling at last night’s Critic’s Choice Awards and nabbing a Golden Globe nomination for Best Performance by an Actress in a Motion Picture — Musical or Comedy just this morning, the last 24 hours have proven that Emma Stone is totally a top Oscar contender.

Buddy Ryan Gosling also made the list for Best Performance by an Actor in a Motion Picture — Musical or Comedy for his dreamy dancing role in La La Land. He’ll be going up against other top actors like Colin Farrell (The Lobster), Hugh Grant (Florence Foster Jenkins), Jonah Hill (War Dogs) and Gosling’s crush competition, Ryan Reynolds (Deadpool).

Though it may be a tough feat for Emma to take home the Golden Globe, her performance is being hailed as truly spectacular — which means that not only is the young actress a top contender, but she may also be on her way to winning her very first Oscar in the spring. Perhaps the first of many?

Do you think Emma Stone has a chance of winning the Golden Globe and/or Oscar? Tweet us @BritandCo!

Desiree O
Desirée O is a ‘Professional Bohemian’ who loves anything and everything related to the arts, entertainment, and pop culture. She ADORES being a ‘Newsy’ for Brit + Co, covering all of the latest tidbits of awesomeness that you want to read about. When she’s not writing, she’s either making messy art, going on long adventurous walks with her camera, or poking around over at bohemianizm (http://www.bohemianizm.com/). You can find out about Desirée O and her work at http://DesireeO.com/ or follow her on Twitter @DesireeO.
Oscars
Celebrity News
Oscars