This #OptimisticChallenge Is Everything We Need RN 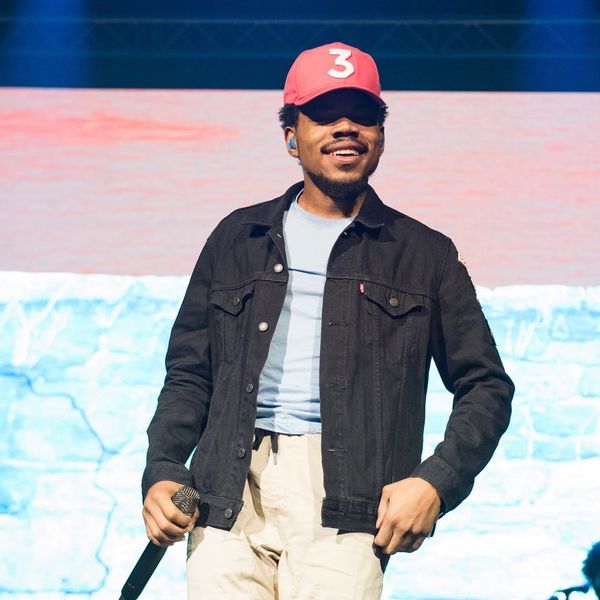 With the inauguration behind us and the HUGE Women’s March on Washington and its 600 (!!!) sister marches making history as we speak, emotions are undoubtedly flying high. Whether you’re happy, sad or fired up about the events that took place over the last several days, we think it’s safe to say that we could all use an extra dose of optimism and a little laughter right about now (have you SEEN these LOL-worthy signs?). Enter the #OptimisticChallenge.

First posted by Jay Versace to celebrate the new year with the caption “2017 GOT ME FEELING LIKE,” the clip shows Jay and three of his friends dancing in the street to 1991’s “Optimistic” by Sounds of Blackness. With nearly 85,000 views to date, the clip was already well on its way to going viral.

Now, it’s taken on even greater internet life thanks to Chance the Rapper. Turning to Twitter to post his very own take on Jay’s hilarious clip, which fans quickly dubbed the #OptimisticChallenge, Chance reminded us all that a little lighthearted, smile-inducing silliness can go a loooong way. Just watch him and his BFFs bust a move below and try NOT to feel like a ray of sunshine has pierced your heart!

Like many famed social media challenges before it (RIP #IceBucketChallenge), the #OptimisticChallenge is not only gaining serious traction; it’s actually having a really positive impact on folks around the country. That’s thanks to its silliness, of course, but also in part to the theme song’s powerful lyrics, which include uplifting lines like: “Telling you this can’t never be done / No matter how hard reality seems / Just hold on to your dreams” because, “A brighter day tomorrow will bring.” Beautiful.

The song to #OptimisticChallenge is so beautiful mannn. You can help but go crazy to that joint. Summer in the wintertime shxt

Watching the #optimisticchallenge! 💗💗💗 so much joy! All the feels. #support #standwithyou #lovewins

Moral of the story? Never underestimate the power of a smile!

What do you think of the #OptimisticChallenge? Tweet us @BritandCo.

Barbara Pavone
Barbara Pavone is a pop culture-obsessed writer based in beautiful (but ridiculously cold) Montreal, Canada. When she's not working, she's sipping on a Pimm's Cup and daydreaming about her celebrity hero, Saint West.
Entertainment
More From Entertainment