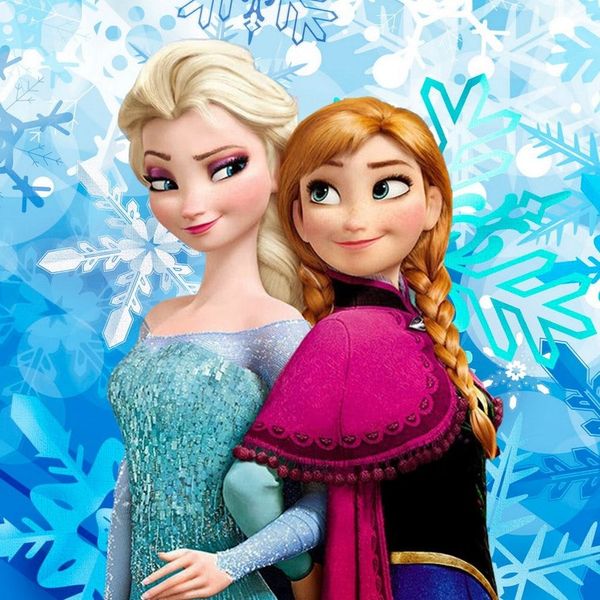 Disney’s Frozen has become a beloved fave for a generation of little kids, with strong female characters, a powerful relationship between two sisters, and a classically catchy song that kids are still belting out with glee whenever possible. But now it’s been revealed that the original story was not only a totally boring cliché — it was also possibly anti-feminist.

While EW reports that Frozen star, Kristen Bell, had previously revealed that Elsa was initially meant to be a more “straightforward villain,” producer Peter Del Vecho provided additional deets, first admitting that initially, “Anna and Elsa were not sisters. They weren’t even royal.” And while “Anna was not a princess. Elsa was a self-proclaimed Snow Queen, but she was a villain and pure evil — much more like the Hans Christian Andersen tale. We started out with an evil female villain and an innocent female heroine and the ending involved a big epic battle with snow monsters that Elsa had created as her army…”

And why was Elsa so evil? EW reveals that in an early draft, “We learn Elsa is a scorned woman; she was stood up at the altar on her wedding day and froze her own heart so she would never love again.” Granted, being stood up at the altar would definitely hurt, but there are so many more motivations behind a woman’s actions, we’re glad the movie-makers didn’t decide to stick with a boring ol’ cliché. Seriously, it’s time to let it gooooooo!

What do you think about the original idea for Elsa? Let us know @BritandCo!