The Right Way to Tell Your Boss You’re Quitting 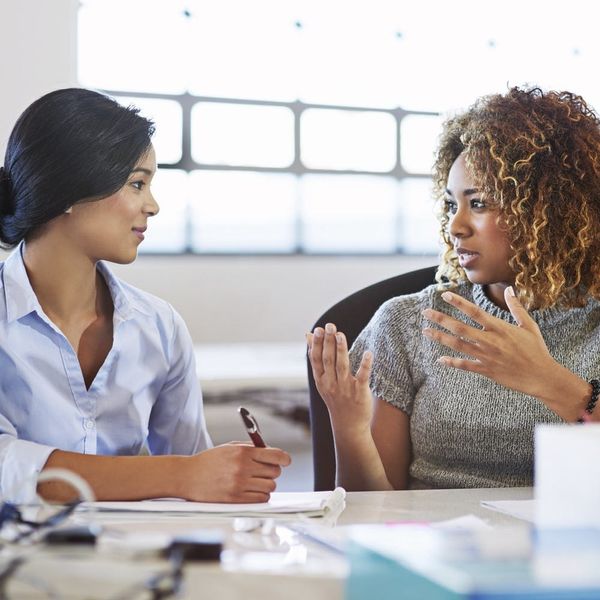 Making a career change is a BFD. It doesn’t matter whether you’re making a move within your industry or you want to start an ice cream shop, the decision is a big one. After you’ve done your research on Instagram for awesome career advice, considered tips from your favorite girl bosses and made the decision to make the move, then comes the hard part: breaking the news to your boss. And since 86 percent of HR managers interviewed in an OfficeTeam survey said the way employees quit a job at least somewhat affects their future career opportunities, it’s important you get that meeting right. Which is why we called in Jill Jacinto, a millennial career expert from the career site WORKS to give us all the deets on how to say “so long” like a total pro.

1. Don’t say anything until the ink is dry. “You might want to pull the trigger and let your boss know ASAP that you are leaving, but don’t tell them before you have a countersigned contract. You never know if there will be some type of mishap before you officially sign on with your new company. Save yourself some serious headaches by keeping quiet until then.

2. Don’t say you’re leaving without a plan. “Some people always lean to the side of complete and utter honesty. While that is commendable, telling your boss you want to leave without a concrete backup plan in place isn’t the way to go. Your boss could end up firing you well before you’ve found your next job. In their minds, they would rather have someone who is happy to be there and an integral part of the team than someone who has one foot out the door.”

3. Avoid the gossip. “Before you tell your BFF or your cube mates, you need to tell your boss first. The last thing you want is for them to hear about it from the office rumor mill and then to call you into their office to explain yourself.”

4. Be prepared. “Every company is different, but this is the time to reread your company manual and contract. Is there any language about working for a competitor or the process for leaving the company? What about a mention of getting paid for unused vacation, sick or personal days? Also, this is the time to figure out your healthcare plan and whether it ends if you leave the company. Get armed with this information before you make your move.”

5. Schedule a meeting. “Ask to speak with your boss face-to-face in private. Start the conversation by complimenting the company and them as a boss. Let them know how much you have learned working at the company and through their leadership. After that, let them know you were looking for a new challenge and that you’ve accepted a new job. It’s also handy to have a written-out resignation letter that you can hand over to them during this meeting. Whatever you do, you want to leave on good terms.”

Have you recently left to pursue a new job? Tweet us your tips to @BritandCo!

Kelsey Nelson
Kelsey Nelson is a born-and-raised Ohioan living life in South Carolina. She thrives at binge watching Netflix, contemplating what to order at the bar and running any trail or road she can get her feet on. In addition to being a Brit + Co contributor, she writes about southern pleasantries, DIY mishaps and more at North Living South. If she isn’t writing or running, she’s off adventuring with her husband Brad and their Lab/Dachshund mix, Gordy.
How to Quit Your Day Job
Work
How to Quit Your Day Job