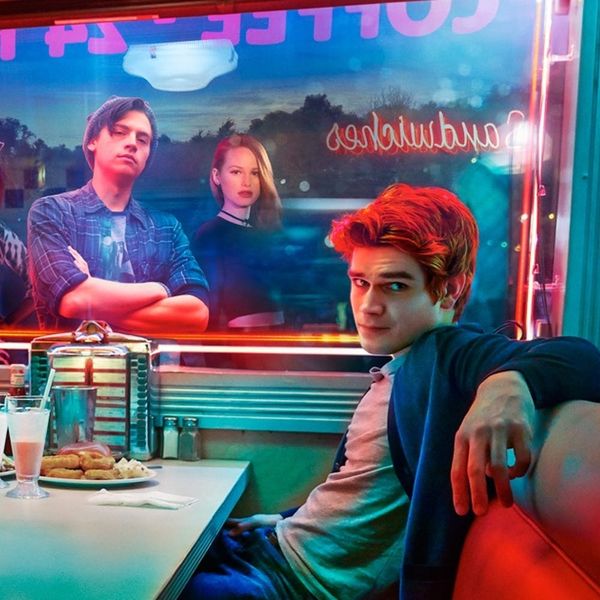 Comic-Con 2018 came to a close on Sunday, and the convention’s last hours offered a sneak peek at one of the fall’s most anticipated TV returns as the CW’s Riverdale revealed its upcoming premiere date and a look at some of the drama set to unfold in season 3. Spoiler warning: Some minor season 2 info is ahead. Stop reading if you’re not caught up!

Season 2 ended with Archie (KJ Apa)’s arrest after he had been framed for the murder of Cassidy Bullock (one of the masked intruders from the Lodge’s cabin earlier in the season).

After a recap of the violence, betrayal, and mystery that led to the cliffhanger, the season 3 teaser appears to jump ahead past what Archie calls the “worst summer ever” as he and Jughead (Cole Sprouse), Betty (Lili Reinhart), and Veronica (Camila Mendes) try to put it all behind them with a Labor Day couple’s getaway. Though the lake setting is idyllic, it isn’t without its tensions.

The sneak peek then jumps back to the tainted town of Riverdale, where Betty gets a glimpse of a cult-ish looking ceremony taking place in her backyard. Her sister, Polly, and mother, Alice are dressed in full-length white robes as they hold Polly’s infant twins overhead, a bonfire roaring.

It’s a quick look at what promises to be another action-packed season. At the Comic-Con panel, the cast also revealed that season 3 would see another musical episode, a long-awaited introduction to Jughead’s mom and sister, Archie’s trial, and lots more.

Riverdale season 3 premieres on Wednesday, October 10 at 8 pm ET on the CW.

Are you excited for Riverdale season 3? Let us know @BritandCo!

(Featured photo via the CW)