This Study Reveals the Key to Closing the Gender Gap 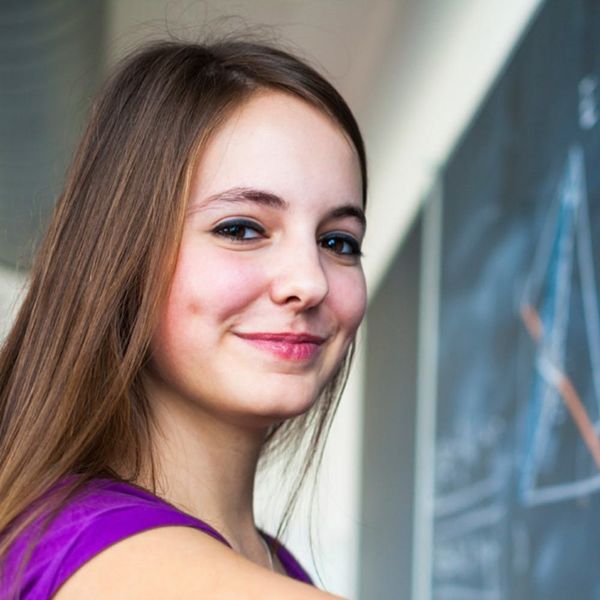 We’ve come a long way from the days when women didn’t have the right to vote, but outdated gender stereotypes are just one of the things that prove we still have a ways to go to attain gender equality. Whether it’s learning that Amanda Seyfried earned a meager 10 percent of what her male co-stars made or that the US ranks 28th globally in gender equality (yikes!), it can be maddening to hard-working #girlbosses who deserve better. The key to turning the tide could be in how we’re raised to view the different genders. A recent study from Queen Mary University of London found that countries with progressive views toward women showed less of a performance gap between girls and boys in math.

Researchers studied more than 11,000 15-year-old immigrants in nine different countries, as well as the Gender Gap Index in their countries of origin. Then, they looked at the math scores of those students. The researchers found that the math scores for girls from more gender-equal countries were nearly equal to boys, but that girls from countries with low gender equality scored lower — even though the teens live and grew up in the same country. In fact, the findings noted that the increase between math scores of girls with a country of ancestry that had poor gender equality and girls from a country with strong gender equality was comparable to an extra month and a half of schooling.

Nuria Rodriguez-Planas, the study’s co-author, says, “Our research looks specifically at values like gender equality and we’ve found that yes, values and views about women really do matter in this context.” These progressive gender values, or lack thereof, most likely come from the teens’ parents or their social network.

Dang. Imagine what could happen around the world if each country had more progressive views of women. We could see a major shift in girls heading into math-related fields and we may even close the ginormous pay gap between men and women.

What do you think of this study’s findings? Tweet us your thoughts @BritandCo!