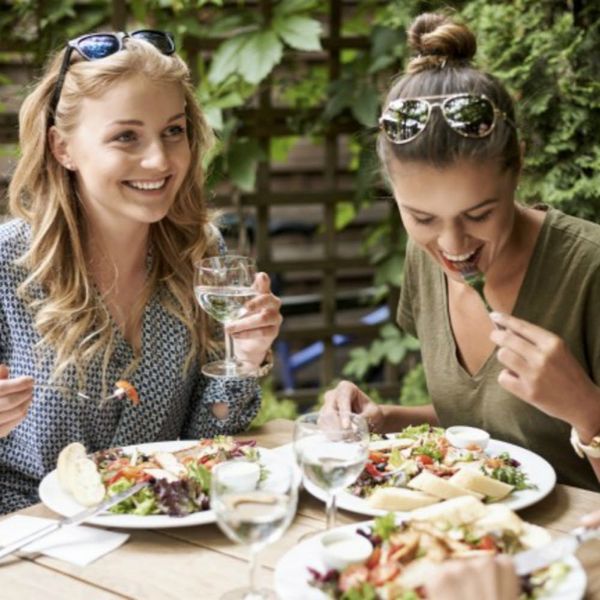 moreWe know the drill — you worked all day, it’s hot out, and the last thing you feel like doing is whipping up a meal for you and your family. While these time-saving gifts can certainly help, there’s some nights that you just can’t even, so you opt for the next best thing: eating out.

According to a new study conducted by HLoom, we mayyyyyy be utilizing that option just a bit too frequently — at least if we want to save our money or reduce our waste imprint, that is. Polling 2,000 United States residents and using the USDA’s cost of food at home, researchers came up with an average cost (derived from the USDA’s thrifty and liberal plans) and compared it with people’s actual spending habits.

Their findings suggested that nearly 70% of the study’s participants were spending too much money eating out at restaurants — a far greater percentage than any other cost. Right behind it was alcohol which, surprise surprise, is also part of dining out. While the middle to upper class seemed to be the worst offenders, this information consistently seemed to ring true across all ages and between both sexes. In short? Americans love us some non home-cooked meals!

Yet just as some states are easier to find love in than others, some states in particular seemed to love eating out more than their neighbors. The study analyzed their findings by state, and found that those living in the coastal states (see: California, Maine) seemed to waste a lot less on dining out than those that lived in the South Central region. Interesting! Maybe all that fresh sea life? Check out the list below to find out where your state falls in the mix!

STATES THAT SPENT THE MOST MONEY EATING OUT

STATES THAT SPENT THE LEAST MONEY EATING OUT

Did your state make the list or fall somewhere in the middle? Let us know over @BritandCo!

Nicole Briese
Nicole is the weekend editor for Brit + Co who loves bringing you all the latest buzz. When she's not busy typing away into the wee hours, you can usually find her canoodling with her fur babies, rooting around in a bookstore, or rocking out at a concert of some sort (Guns N' Roses forever!). Check out all her latest musings and past work at nicolebjean.com.
Foodie
Entertainment
Foodie study