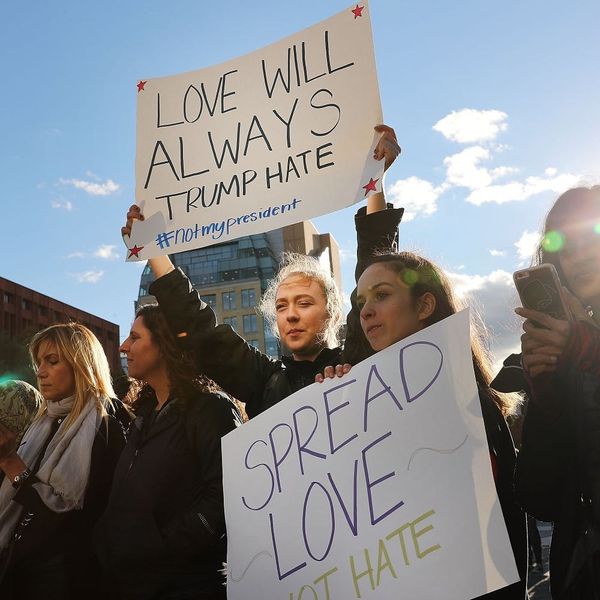 While many of us are still on a solidarity high left over from this weekend’s history-making Women’s March, plenty of folks are keeping the vibe going strong with #MuteMonday. Though it may sound like an effort to keep things quiet, it’s actually just the exact opposite, as people are making their voices heard by unfollowing (or muting and blocking) @POTUS & @FLOTUS while also sharing who they feel is more worthy of their attentions (and a follow on social media).

Hey #UniteBlue there is a movement going on today called #MuteMonday. Check out this blog for more info. https://t.co/gcZvUoEVOZ pic.twitter.com/Zm8pewHmFH

From celebs and other household names to everyday women looking to make a difference across the country (and worldwide) pitching in with their fave follows, there are definitely plenty of worthy orgs and individuals getting some much-deserved attention today. Here are just a few…

Here are some of the worthy organizations women are following for #MuteMonday.

Yesterday I unfollowed @potus. And I followed @TrevorProject. Because America should be a place of kindness, acceptance & love #mutemonday

Trending now #MuteMonday unfollowing @realDonaldTrump @POTUS and listening to and following the lead of @CoryBooker! #wisdomfromthepain

Unfollowed @POTUS and @FLOTUS, stacked the line up with @KamalaHarris @GloriaSteinem and @CoryBooker. Inspiration. Resistance. #MuteMonday

On this #mutemonday, unfollow @POTUS , @FLOTUS, @VP, @WhiteHouse, and @realDonaldTrump! Follow @TrevorProject or @glaad instead! #silencehim

Who would you choose to give a shout-out to on #MuteMonday? Tweet us @BritandCo!

Desiree O
Desirée O is a ‘Professional Bohemian’ who loves anything and everything related to the arts, entertainment, and pop culture. She ADORES being a ‘Newsy’ for Brit + Co, covering all of the latest tidbits of awesomeness that you want to read about. When she’s not writing, she’s either making messy art, going on long adventurous walks with her camera, or poking around over at bohemianizm (http://www.bohemianizm.com/). You can find out about Desirée O and her work at http://DesireeO.com/ or follow her on Twitter @DesireeO.
Politics
Politics
Politics social media twitter
More From Politics