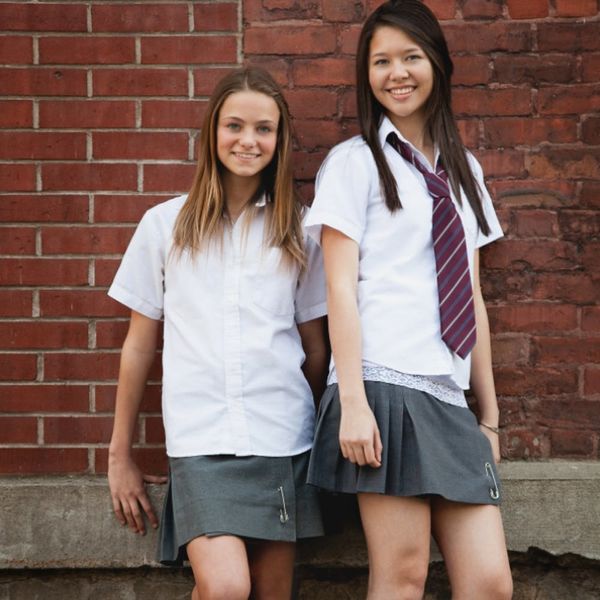 Activism around women’s rights has occupied the spotlight for much of 2017. With major issues like equal pay and reproductive rights still in need of attention, it can be tough to comprehend that people are also still trying to police the way women dress. Seriously. In *2017.*

But United Airlines recently kicked two young women off a flight for wearing leggings. And when even the President of the United States reportedly wants “women to dress like women,” it can feel like a futile fight. Nevertheless, a student at Vancouver, BC’s all-female York House school peacefully protested the decades-old dress code — and won.

Vancouver experienced a colder-than-usual winter this year, and in January, 10th grade student Maren Gilbert Stewart traded her cold kilt for a pair of slacks, knowing full well they weren’t part of the dress code. When the school’s senior director approached her and said they needed to have a chat, Gilbert Stewart took further action.

It’s also worth nothing that, according to Gilbert Stewart, the school also has non-binary students who didn’t feel comfortable only being able to wear kilts and tights. Her peaceful pants protest might have been born of practicality, but its implications are so much bigger.

Have you ever had to partake in an outdated dress code? Let us know @BritandCo!