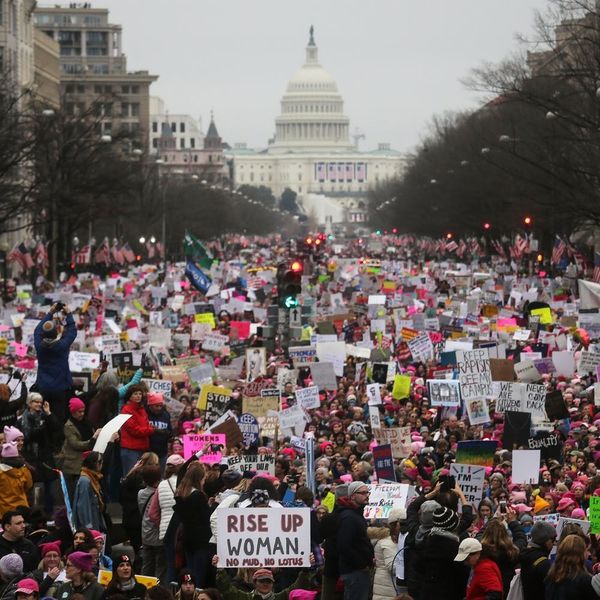 Mainstream feminism isn’t as inclusive of women of color as it should be. Even powerful pro-women events like the Women’s March on Washington brought to light a reality that, often, views of what women’s empowerment looks like can be… well, kind of racist.

Building a women’s movement that includes all women is important, and a jaw-dropping recent photo feature called “Let’s Talk About Race” for O, The Oprah Magazine, is further highlighting the race and power divide among women. The photos, taken by photographer Chris Buck, depict a reversal of roles stereotypically held by women of color with white women (and vice versa).

These race role reversal photos by Chris Buck are something else. pic.twitter.com/zQARkX3xdV

In one photo, a posh young Latina woman holds a lap dog and talks on her phone while ignoring her white maid. In another, a young white girl is pictured staring at an entire store display of only black dolls. And in another, we see a busy nail salon where white women tend to happy, laughing East Asian women customers. They are, to say the least, powerful.

Lucy Kaylin, editor-in-chief at O, told Mic that their intention was to deal with the elephant in the room. “Race is a thorny issue in our culture, and tensions are on the rise,” she said. “So let’s do our part to get an honest, compassionate conversation going, in which people feel heard and we all learn something — especially how we can all do better and move forward.”

The photos have certainly sparked conversation, and many women of color have taken to Twitter and Instagram comments expressing the ways they’ve resonated.

@jaeralde look at this & take the time to step back & be like "oh that's how POC feel in this world" & work on yourself so it can be stopped.

@jaeralde That doll picture really hitted me, to be black/mixed and yet not accepted and asked "what ARE you?" To who I am? Deep issues of colorism.

@Presshaaaa Exactly!! She has no clue Im cackling 😂 & as an Asian American I never had an Asian doll besides Mulan. But there's an array of white dolls!

The images are incredibly impactful. Not only do they force the viewer to confront and rethink their own ingrained stereotypes, but of broader race representation and all its overlooked implications.

What do you think of these images? Let us know @BritandCo.

Nicole Villeneuve
Nicole is an entertainment and lifestyle writer covering pop culture, news, and cool women doing cool things. She likes yard sales, MTV's Teen Mom, and putting too many memes in the group chat. She lives in Toronto.
Diversity
More From Diversity