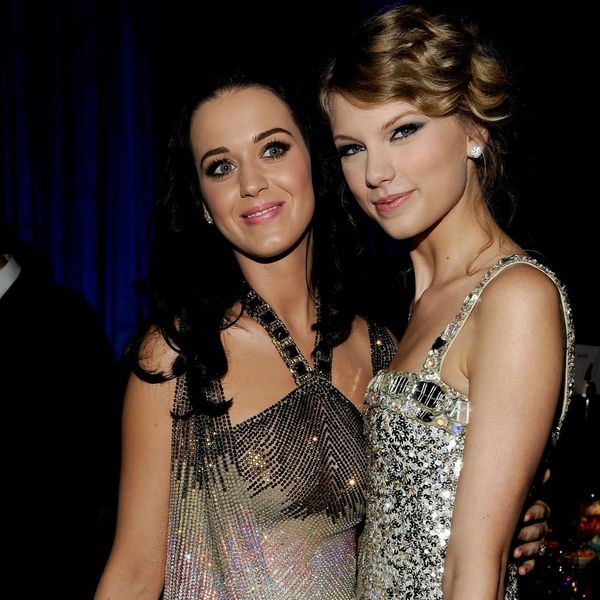 If you’re feeling a little blue that the long Memorial Day weekend is over, have no fear: Brit + Co is here with your morning pick-me-up! From Katy Perry’s epic Twitter hack to Keri Russel’s new bundle of joy, here are the buzziest stories you missed over the long break.

1. Katy Perry’s Twitter got hacked and you won’t BELIEVE who “she” tweeted: Uh oh… Katy Perry got a nasty surprise this holiday weekend after a hacker got ahold of her account and blasted out some, uh, “unsavory” tweets. Though her account has since been seemingly restored to normal, deleting any evidence of foul play, E! reports that tweets included taunts of “hackersgonnahack,” a slur directed at Keemstar and, perhaps most interesting of all, a tweet to (gasp!) arch nemesis Taylor Swift! You may or may not recall that Taylor reportedly wrote her hit Bad Blood about Perry after she allegedly stole Tay’s dancers away from her world tour — now, thanks to the hacker, Katy just fake tweeted Taylor, saying “Miss you baby @taylorswift13.” Yikes! No word yet on whether Taylor is aware of the hijinx or plans to respond, but hey, maybe it will inadvertently bring the two feuding women together? Wishful thinking? (Photo via Larry Busacca/Getty)

2. Surpise! Keri Russell had a baby: The Americans co-stars Keri Russell (who rocked the chic-est bump ever) and Matthew Rhys are now the proud parents of their first child together. The notoriously private couple (they’ve never publicly commented on their r-ship) have yet to announce whether Keri gave birth to a little boy or a little girl, but she reportedly had the baby “sometime last week.” The former mommy of two (Keri has two children with her ex-hub Shane Deary) and Matthew are said to be “over the moon” — rightly so, we say! Congrats, you crazy kids! (Photo via Dimitrios Kambouris/Getty)

3. Adele gets real with concert goers about their poor fan etiquette: Adele is a badass — this we already know. Who else could forget the lyrics to her own song and come back like this? Now, she’s using her powers of badassery to put the kibosh on all that ridiculous cell phone filming at concerts. During her most recent show in Verona, Italy, she schooled a fan for filming rather than kicking back and enjoying the show. Ironically captured in this fan video, Adele can be heard saying “Can you stop filming me with a video camera because I’m really here in real life. You can enjoy it in real life, rather than through your camera… This isn’t a DVD; this is a real show. I’d like you to enjoy my show because there’s lots of people outside that couldn’t come in.” PREACH, sister! (Photo via @_charl_alice_)

Abandoned in a box in a laundry room at the college as a newborn, Jillian Sobol graduated from SF State on Friday https://t.co/XDSwsaYIlG

4. A woman that was abandoned in a cardboard box as a baby just graduated college: Talk about inspiring! In 1984, a student at San Francisco State University had a baby in her dorm room. The young woman then left her child in a cardboard box by the laundry machine and never looked back. The baby has grown up to be Jillian Sobol, and she is AMAZING. Not only did she just graduate from the same university she was abandoned at, she wrote her mother a thank you letter for giving her life. Even more heartwarming? Her mother wrote back. “I have something to tell you,” she wrote her daughter. “I’m very proud of you. Thank you for being you.” Okayyyyy, we’re bawling. Sobol, for her part, told the San Francisco Chronicle, “Thirty years later I am here to face the past, complete the circle and move forward into the future.” WOW.

6. Quote of the day: “Sexuality, what others see in you, is enjoying your body. Involve your senses in your life, and you will become sexy. Dance, and not to look good. If you dance terribly, still dance.” Salma Hayek in the July issue of Red magazine. (Photo via Vittorio Zunino Celotto/Getty)

Do you hope Katy and Taylor patch up their friendship? Tell us over @BritandCo!

Nicole Briese
Nicole is the weekend editor for Brit + Co who loves bringing you all the latest buzz. When she's not busy typing away into the wee hours, you can usually find her canoodling with her fur babies, rooting around in a bookstore, or rocking out at a concert of some sort (Guns N' Roses forever!). Check out all her latest musings and past work at nicolebjean.com.
Celebrity Baby
Celebrity News
Celebrity Baby Katy Perry Taylor Swift twitter
More From Celebrity News