This Daily Activity Might Be the Reason You Can’t Sleep 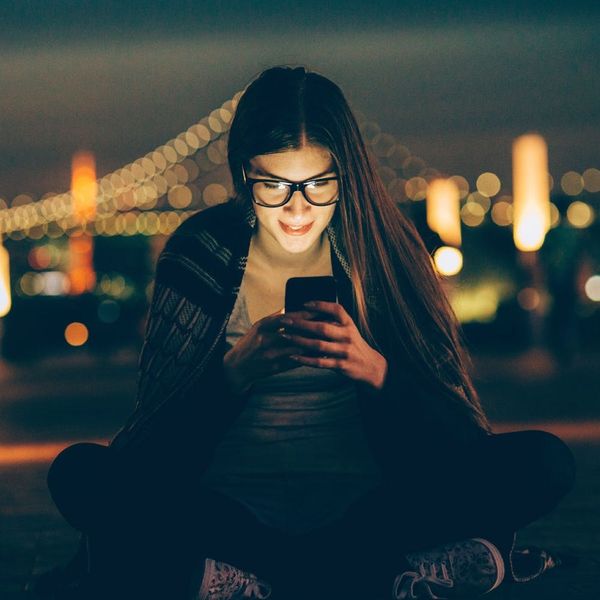 We’re used to answering the usual questions when we’re at the doctor’s office, like if we eat our veggies and work out, and how much we drink (there’s only one serving in a bottle of vino, right?), but new research might have our docs asking us a new one: How often are we checking social media?

Researchers at the University of Pittsburgh School of Medicine found that young adults who spend a lot of time on social media during the day or check it frequently throughout the week are more likely to suffer sleep disturbances than their peers who use social media less. Which has us asking, who are these peers and why aren’t they following us on Instagram?

Led by Dr. Jessica Levenson, she and her colleagues studied questionnaires from more than 1,700 young adults, ages 19-32, and found that on average, participants used social media for 61 minutes a day and visited social media accounts 30 times per week. But the real kick? Thirty percent of participants had high levels of sleep disturbances. Apparently liking, favoriting, sharing and commenting can keep you up at night, even after you’ve shut it down.

The biggest social butterflies of the group — those who checked social media the most throughout the week — had three times the likelihood of sleep disturbances. Dr. Leveson says, “This may indicate that frequency of social media visits is a better predictor of sleep difficulty than overall time spent on social media.”

But let’s be honest: When you can’t sleep, getting lost in your Facebook newsfeed is the easiest way to pass time. And researchers know. Dr. Brian Primack, assistant vice chancellor for health and society in University of Pittsburgh’s Schools of the Health Sciences, said, “Difficulty sleeping may lead to increased use of social media, which may in turn lead to more problems sleeping. This cycle may be particularly problematic with social media because many forms involve interactive screen time that is stimulating and rewarding and, therefore, potentially detrimental to sleep.”

To figure out if this is some cyclical nightmare of never getting sleep without giving up our online lives, there’s more research that needs to be done. Until then, we’ll all just keep double tapping during the day and counting sheep at night.

Do you think using social media is keeping you up at night? Tweet us your thoughts at @BritandCo!

Kelsey Nelson
Kelsey Nelson is a born-and-raised Ohioan living life in South Carolina. She thrives at binge watching Netflix, contemplating what to order at the bar and running any trail or road she can get her feet on. In addition to being a Brit + Co contributor, she writes about southern pleasantries, DIY mishaps and more at North Living South. If she isn’t writing or running, she’s off adventuring with her husband Brad and their Lab/Dachshund mix, Gordy.
science
Health
science Sleep social media
More From Health